Coal-fired power stations in the UK are to be closed in the next 10 years. The government made the announcement today ahead of a major speech which will set out […] 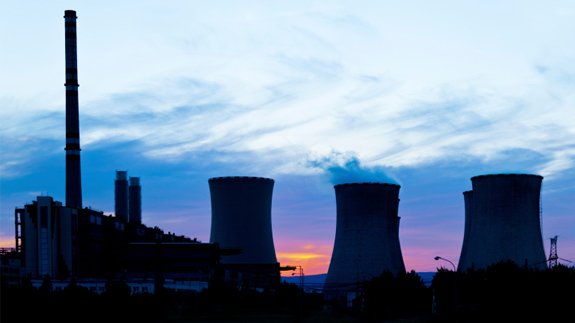 Coal-fired power stations in the UK are to be closed in the next 10 years.

The government made the announcement today ahead of a major speech which will set out a new direction for energy policy.

Under the plans, the use of coal plants will also be restricted by 2023.

Energy Secretary Amber Rudd will say coal will be replaced with gas-fired power stations as part of the new strategy.

She will add gas is “central to our energy secure future”, stressing it’s “imperative” for the UK to build new power stations.

Ms Rudd is also expected to say nuclear power is “central” to the government’s policy, insisting “opponents of nuclear misread the science” as it is safe and reliable.

She will announce the UK needs new infrastructure “fit for the 21st century” and that research and development in the industry have been neglected in recent years in favour of the mass deployment of renewable technologies.

It comes amid concerns of blackouts this winter which National Grid has dismissed repeatedly.

The Energy Secretary will add: “Energy security comes first and I am determined to ensure the UK has secure, affordable and clean energy supplies that hardworking families and businesses can rely on now and in the future.

“We are tackling a legacy of underinvestment and ageing power stations which we need to replace with alternatives that are reliable, good value for money and help to reduce our emissions.

“It cannot be satisfactory for an advanced economy like the UK to be relying on polluting, carbon intensive 50-year-old coal-fired power stations.”

A consultation, which will set out proposals to close unabated coal-fired power plants, will be launched early next year.

Former US Vice President Al Gore praised the UK Government’s decision, adding: “The UK is demonstrating the type of leadership that nations around the world must take in order to craft a successful agreement in Paris and solve the climate crisis. The UK has become the first major economy to set a clear date to phase out coal and I am hopeful that others will follow suit as we repower the global economy with the clean energy we need for a sustainable future.”

While environmental groups welcomed the move too, they also criticised plans to focus on gas instead of renewables.

WWF added while it agrees coal has no place in the future energy system, more needs to be done.

David Nussbaum, CEO of WWF-UK said: “The Secretary of State’s words today will not be enough to resolve the trilemma of securing supply, increasing efficiency and protecting the environment. We will need to see more policies from DECC to close the gap between business as usual and the below 2°C pathway which science tells us we need to follow if we are to minimise dangerous climate change.”