It’s the usual scenario every time I walk into a conference hall, middle-aged men in identical suits who are, erm, follicly challenged. That hasn’t changed much since I started writing […] 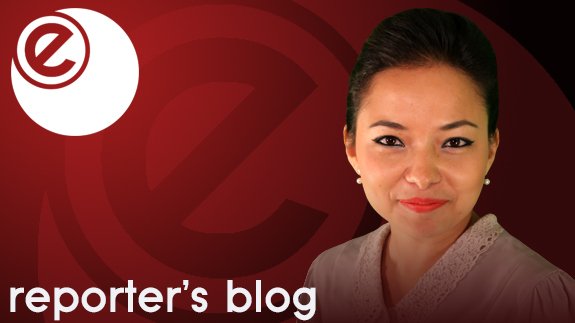 It’s the usual scenario every time I walk into a conference hall, middle-aged men in identical suits who are, erm, follicly challenged.

That hasn’t changed much since I started writing about the energy industry four years ago.

Yes, I still get the ‘who is she and why is she here?’ looks, when I’m one of a few women, sometimes the only woman, at male-dominated events.

It used to be unnerving but I learned I have as much right to be there as them. Indeed our team at ELN is 50/50 with the girls working as both reporters and camermen (people), something traditionally seen as a male role.

The media has been gender balanced for decades, so why not the energy sector and business in general?

Yes, we do have a female energy secretary and energy minister but they are still a small minority at the House of Commons, where male MPs are always jeering like hooligans trying to stifle debates and throwing punches in the air like they’re at a football match.

Female MPs are definitely more civilised when addressing issues – something the men could learn from.

We also have female CEOs of independent energy companies in the UK such as Tempus Energy and Good Energy – and while it may seem change could be underway, it’s hardly a female revolution.

New figures reveal there’s only been a 1% increase in the number of female board executives in the top 200 global utilities, in the last three years.

The reason? More than half of the organisations don’t measure or report progress on gender diversity in leadership.

So to all the men out there, you need to play a part in calling for this diversity as much as women have been doing all these years and help bridge the ratio gap.

Fighting for women’s rights may seem synonymous with “men-bashing” and “men-hating” but surely bringing in different creative ideas and solutions in business is a win-win for everyone?

And for businesses to reap the rewards of diversity in energy, this needs to be done sooner rather than later.

So on this 105th anniversary of International Women’s Day today when we are still (unfortunately) calling for gender equality, I salute to all those 25 female leaders and many more who are helping power this industry ahead.