UK ministers have ‘false impression of support for solar’

UK ministers have the “false impression” that solar power no longer requires financial support for deployment in the UK. That’s “deeply worrying”, according to the Solar Trade Association (STA) and […] 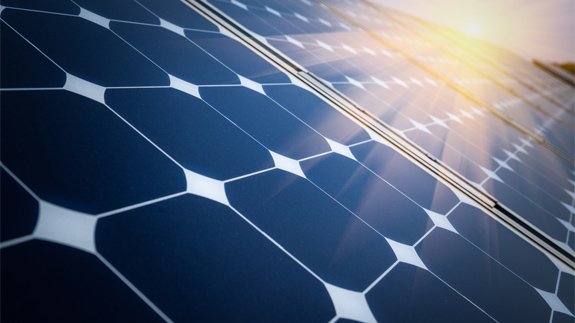 UK ministers have the “false impression” that solar power no longer requires financial support for deployment in the UK.

That’s “deeply worrying”, according to the Solar Trade Association (STA) and Lightsource, with reference to statements made by Energy Minister Lord Bourne who gave evidence to the Energy and Climate Change Committee (ECC) last month.

In a letter to ECC Chair Angus MacNeil, STA quotes Lord Bourne as saying: ‘We are withdrawing subsidy where it is not necessary and the evidence is that costs for a lot of these, certainly solar, are coming down very steeply.

Leonie Greene, Head of External Affairs at STA adds the industry is “concerned” to hear the claims.

An attached letter from Lightsource to Energy Secretary Amber Rudd explains subsidy-free installations “can only be viable in niche applications”.

That would be where a ground-mounted solar power plant can be linked via private wire to a commercial building and the company is able to commit to a long term power purchase agreement.

CEO Nick Boyle states: “We have stated publicly that Lightsource is close to building subsidy-free solar in the UK. However it should be noted that this statement currently only applies to projects that are directly connected to the company that uses the generated electricity through a ‘private wire connection’.

“This is a crucial distinction because the economics and rationale for these types of solar PV projects are very different from projects that feed directly into the national electricity grid and provide green electricity to the wider British public.

“I would be grateful, therefore, if your department would only use Lightsource as an exemplar of subsidy-free solar provision on private wire projects.”

He adds Lightsource will not be able to grow the UK’s solar generation capacity without subsidy on non-private wire projects in 2016.

The STA is calling on Mr MacNeil to bring both the letters to the attention of his committee members.

Ms Greene adds: “For the purposes of meeting carbon budgets cost-effectively it makes no sense to exclude the UK’s most popular and cheapest major low carbon technology from support.

“The exclusion of solar power and market forces from energy policy not only costs billpayers more per se, it has wider negative impacts for bill payers because it removes valuable competitive pressure from other technologies while weakening the solar industry’s potential for rapid cost-reduction going forwards.”

DECC said the “impressive growth” in the industry has exceeded expectations and the costs of domestic solar systems have falled by around two-thirds since 2010.

A spokesperson adds: “Our priority is to keep energy bills as low as possible for hardworking families and businesses whilst supporting low carbon technologies that represent value for money.

“We continue to support the low carbon sector but this needs to be driven by competition and innovation, not subsidies. As the cost of technologies comes down so should the consumer-funded support.”