‘More focus needed on demand side of renewables’

Much of the focus in the renewable industry has been on increasing supply but very little on the demand side. That’s the view of Mark Kenber, CEO of The Climate […] 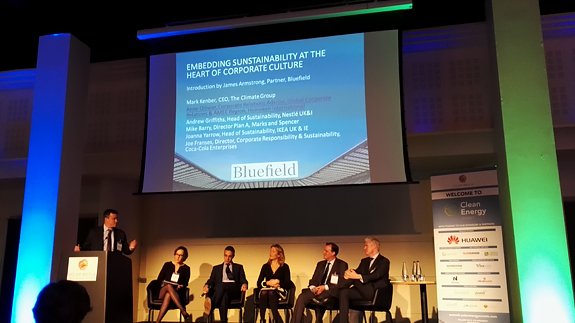 Much of the focus in the renewable industry has been on increasing supply but very little on the demand side.

That’s the view of Mark Kenber, CEO of The Climate Group, who believes the energy sector needs to stimulate demand for renewables to help transition towards a low carbon economy.

Speaking at the Clean Energy Climate Summit in London yesterday, he added: “Much of the focus so far in the renewable sector has been on the supply side. We’ve had Feed in Tariffs, we’ve had Renewable Portfolio Standard, we’ve had a series of policy measures which have had their ups and down over the years but all focused on driving more supply of renewable energy. Remarkably little focus on the demand side so everyone’s been interested in who’s going to sell that stuff but not an awful lot of interest in who’s going to buy it.”

Mr Kenber said “we all buy it one way or another” but if demand could be stimulated, he believes it would be easier for governments to support renewable energy in their policies.

He added: “It also allows innovative new companies to provide products and services, energy supply directly to companies rather that only through the grid.”

He claims the RE100 initiative, which was launched in September 2014 does just that: “It creates demand.”

Around 58 companies have joined the initiative so far, aiming to source 100% of their electricity from renewables.

Joe Franses, Director of Corporate Responsibility & Sustainability at Coca-Cola Enterprises said the firm is part of the initiative because “renewable energy has to be part of that transition” to a zero carbon economy.