It would be a “disaster” for the UK’s renewable sector if the nation were to leave the EU. That’s according to Sir Graham Watson, Member of the European Economic and […] 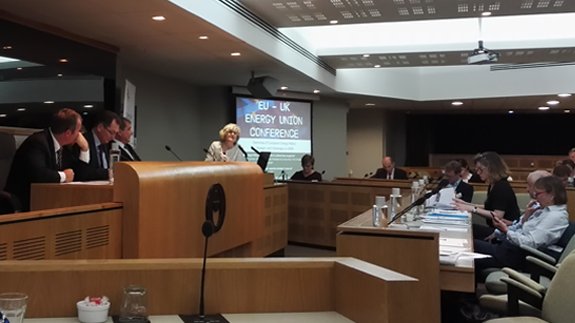 It would be a “disaster” for the UK’s renewable sector if the nation were to leave the EU.

That’s according to Sir Graham Watson, Member of the European Economic and Social Committee and Honorary President of the Climate Parliament.

Speaking to ELN he said: “I think it would be very bad for the industry because renewables are something that require international, global grid networks to reach their full potential. We have tremendous opportunities in the UK to participate because of our great capacity to produce energy from wind, particularly offshore wind and we have many companies that are trading actively across the EU. So I think Brexit woud be a disaster.”

Mr Watson, who was speaking at the Renewable Energy Association’s (REA) ‘EU-UK Energy Union 2016’ conference, added: “We’ve come a long way in the industry in the UK. I hope it can contribute to the development of the industry across Europe.”

Savvas Seimanidis, President of the European Renewable Energy Federation (EREF) agreed, adding it would be a win-win for the UK and the EU’s green power sector.

He told ELN: “I think that keeping the EU together will benefit the UK and all other Member States. Brexit has specific implications for the European energy sector as a whole, negative implications and we therefore support that the UK remains inside the EU.”

She said: “The majority of our members feel the UK would be less likely to meet our climate targets, renewable deployment would decrease and expected their business to risk contraction if we left the EU.”