First shipment of fracked US gas arrives in UK

The first ever shipment of shale gas from the US has arrived in the UK. INEOS is taking the delivery of a tanker carrying 27,500 cubic meters of ethane at […] 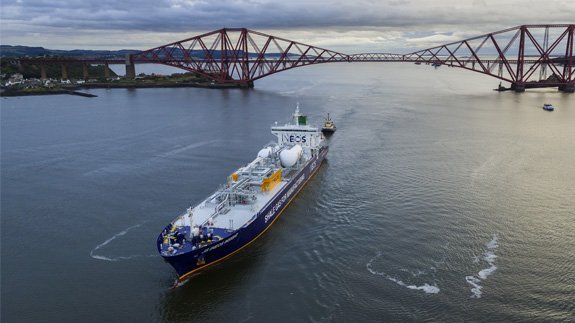 The first ever shipment of shale gas from the US has arrived in the UK.

INEOS is taking the delivery of a tanker carrying 27,500 cubic meters of ethane at its Grangemouth plant in Scotland.

It has travelled more than 3,500 miles via a “virtual pipeline” of eight tankers to reach Grangemouth, where the company has built an import terminal as part of an overhaul costing £450 million.

The news comes less than 24 hours after the Labour Party pledged to ban fracking, the controversial technique of extracting the energy source.

Earlier this year the Scottish Parliament voted in favour of an outright ban on fracking and the Scottish Government launched a research programme into the impacts of unconventional onshore oil and gas extraction.

Jim Ratcliffe, Chairman and Founder of INEOS said: “This is a hugely important day for INEOS and the UK. We are very excited about the kick-start shale gas can give to British manufacturing.

“We are nearing the end of a hugely ambitious project that has taken us five years and cost $2 billion (£1.5bn) as we begin supply of ethane from shale to our sites in Europe.”