Two West Midlands recycling plants are being investigated for modern slavery offences. Three men have been arrested after police searches at CAP Recycling in West Bromwich and sister firm Black […] 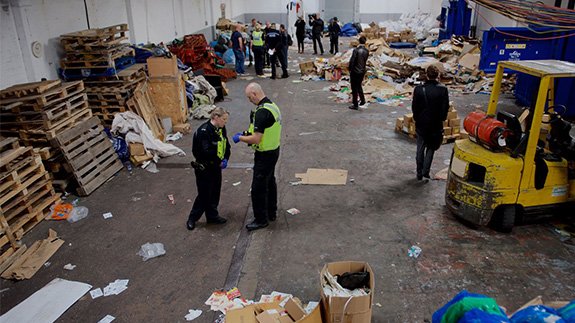 The men were reportedly working for as little as £1 an hour and sleeping on cardboard.

Police Inspector Colin Mattinson, who is leading the operation, said: “It’s believed the men taking advantage of these people – and playing on their vulnerabilities by plying them with alcohol – were living luxury lifestyles and driving around in high-value cars.

“Cruel individuals are making large sums of money on the back of others’ misery – so please call us if you suspect people are being exploited in your community.”