The oldest offshore wind farm in the world is being decommissioned after 25 years of service. DONG Energy has decided to retire Vindeby, located near Lolland in the south east […] 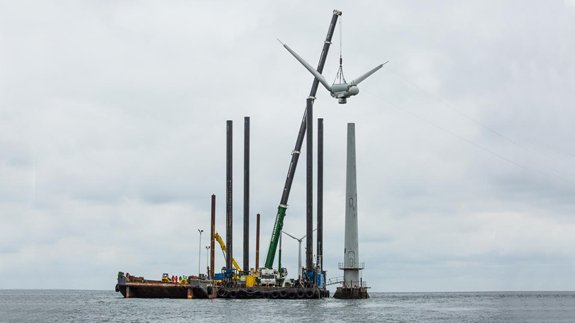 The oldest offshore wind farm in the world is being decommissioned after 25 years of service.

DONG Energy has decided to retire Vindeby, located near Lolland in the south east of Denmark.

It consists of 11 wind turbines which were connected to the grid in 1991, generating enough electricity to power around 2,200 households.

In comparison, Hornsea Project One, which is currently being developed, will be able to supply green energy to around one million households, making it the largest in the world.

During its lifetime, Vindeby produced 243GWh of power, equivalent to what seven of the largest offshore wind turbines today can produce in one year.

Leif Winther, responsible for DONG Energy’s Danish offshore wind farms said: “Vindeby Offshore Wind farm is almost miniature-size in comparison with the giant projects which are now being realised in Norther Europe. But without the experience gained from the world’s first offshore wind farm, we wouldn’t be where we are today. It’s fair to say that Vindeby is the cradle of the offshore wind industry and that this is where the industry was born.”

All wind turbine components and foundations will be sent onshore to Nyborg Harbour where the components will be reused “as much as possible” as spare parts for other turbines.

Some of the blades will be used as part of a research project while others will be reused in an innovative noise barrier concept. One turbine will also become part of the exhibition at ‘Energimuseet’ – the Danish Museum of Energy.