One of the world’s largest geothermal power plants has started producing power in Indonesia. Technology suppliers Toshiba and Ormat have announced the first unit of the Sarulla power plant, located in North Sumatra, […] 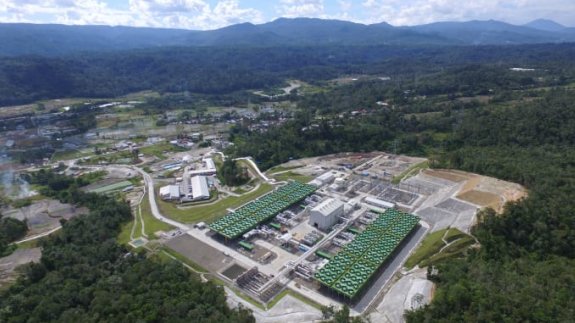 One of the world’s largest geothermal power plants has started producing power in Indonesia.

Technology suppliers Toshiba and Ormat have announced the first unit of the Sarulla power plant, located in North Sumatra, has gone into commercial operation.

Operated by Sarulla, the 110MW power plant combines flash and binary technologies to optimise efficiency and re-inject 100% of the used geothermal fluid.

Toshiba supplied the steam turbines and generators for the plant.

Ormat designed the Geothermal Combined Cycle Unit and supplied its Ormat Energy Converter, which condenses steam from the turbines and uses the collected brine to maximise resource exploitation and power output.

Toshiba and Ormat will continue to collaborate on producing highly efficient geothermal systems and promoting renewable energy on a global scale.

Isaac Angel, CEO of Ormat, said: “The Sarulla supply contract is the largest single contract that Ormat has signed to date.

“We continue to share our expertise as work continues on the second and third units of the Sarulla project that are expected to come on line by 2017 and 2018, respectively.”

A separate 80MW geothermal project in western Indonesia has been given a financing package worth $109 million (£87m).