For a small island that receives comparatively little sunshine, Great Britain has a remarkable history of paving the way for solar power. The nature of corporate/end-user power purchase agreements (PPAs) […] 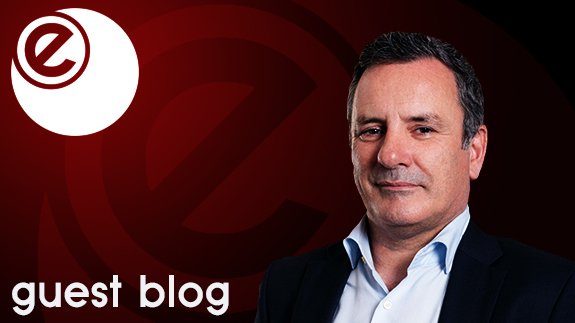 For a small island that receives comparatively little sunshine, Great Britain has a remarkable history of paving the way for solar power.

The nature of corporate/end-user power purchase agreements (PPAs) in the UK has certainly come a long way since the first one was signed in 2007. Decades of climbing prices had finally triggered demand for long-term cost stability and (almost out of sheer frustration), the corporate PPA was born.

To start with, most PPAs were grid-connected or sleeved, with the renewable market mainly cornered by wind turbines. When the PPA market first came to life, an on-site renewable power source providing a significant amount of electricity just wasn’t possible.

In those days, solar was seen as strictly for tree-huggers and if I’d stood up at an industry event and told everyone that Bentley Motors would be getting up to 40% of their electricity from solar at their UK headquarters, I’d have been laughed off the stage.

If I’d said that Belfast International could save £100,000 over just 10 months, simply by switching to a solar PPA, you’d have thought I was mad. The idea that something as seemingly unreliable and expensive as solar could be both cheaper and more dependable than the grid was laughable seven years ago

Nowadays, it’s clear that solar powered businesses are far from a hippy pipedream with many more global companies – Google, Apple, Amazon to name just a handful – turning to solar as a means of reducing their energy spend and their carbon footprint. It’s a serious business.

A key ingredient for this transformation has been the evolution of the solar PPA. When Lightsource first arrived on the solar scene in 2010, on-site private wire solar PPAs were unheard of but we were sure they were the way forward.

And we were right.

Seven years on, the whole face of UK solar is being changed by the rise of private-wire PPAs. We’re leading the charge globally too, with the UK now home to the largest corporate PPA market in Europe, larger still than any in the Middle East and Africa.We’ve completed 36% of all deals in these regions, with 254MW of projects completed in 2016 alone.

Not bad for a tiny, rainy island.

So what’s behind the rise of the PPA? It’s simple – competitive energy pricing is king.

The days where your only option was to plug straight into the grid are long gone. Our private-wire PPA model provides businesses with their own private power stations and fixes their electricity costs for periods of up to 30 years, without having to pay any capex. There’s not much you can say against that.

Green and quids in!

It’s not just a green solution, either. Connecting directly to an offsite solar plant via a private-wire means that many of the charges levied on grid purchased power can be avoided. So you’re saving money, at what is often the lowest electricity price on the market.

We know what makes the energy sector tick, and we know what organisations are looking for from a PPA: security, control, and predictable fixed costs. Everything a business wants from an energy contract, in one simple purchase agreement. The progress isn’t complete yet, either – we’re working on domestic PPAs for homeowners, such as Sunplug, our joint venture with EDF.

Solar PPAs have come a long way so far, and with many global business giants getting on board, there’s plenty of room on the bandwagon for any business looking to cut costs and carbon.

Nick Boyle is the CEO of Lightsource.

This is a promoted article