Three oil giants have joined forces to deliver large scale carbon capture and storage (CCS) in Norway. Shell, Statoil and Total have signed a partnership agreement to mature the development […] 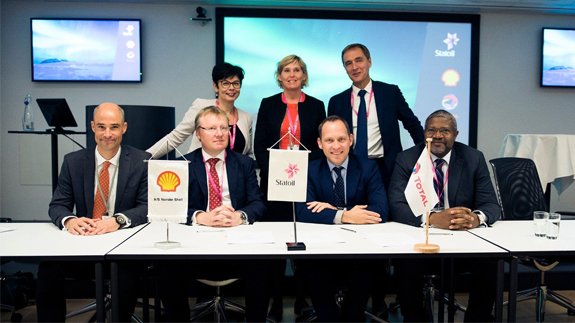 Shell, Statoil and Total have signed a partnership agreement to mature the development of CCS on the Norwegian Continental Shelf (NCS).

Earlier this year, the Norwegian Government awarded a contract to Statoil for the first phase of the project, which is expected to provide storage capacity for 1.5 million tons of CO2 per year.

The other two firms are joining as equal partners while Statoil will lead the project.

The project will store CO2 captured from onshore industrial facilities in Eastern Norway, which will be transported by ship to a terminal located onshore on the west coast of Norway.

The CO2 will then be transferred to storage tanks before being sent through a pipeline on the seabed to injection wells east of the Troll field on the NCS.

There are three possible locations for the receiving terminal and a final selection will be made later this year.