Independent review finds UK consumers paying ‘too much’ for energy

UK householders and businesses are paying too much for energy as a result of the government’s green taxes, with costs “higher than necessary” to meet climate and carbon targets. That’s […] 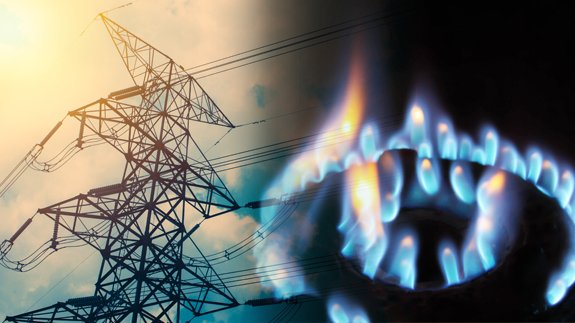 UK householders and businesses are paying too much for energy as a result of the government’s green taxes, with costs “higher than necessary” to meet climate and carbon targets.

That’s the findings of a new independent review by Professor Dieter Helm, one of Britain’s leading energy experts, on ways to reduce electricity costs across the whole supply chain.

He believes consumers have not fully benefitted from the falling costs of gas and coal, renewables, efficiency gains to network as well as supply costs that come from smart technologies – due to legacy costs, policies and regulation.

The report says “complexity” is a major cause of rising costs and “tinkering with policies and regulations is unlikely to reduce costs”.

It suggests the most efficient way to meet the UK’s carbon and climate target is to set a universal carbon price.

Professor Helm believes the legacy costs from the Renewables Obligation Certificates (ROCs), Feed-in Tariffs (FiTs) and Contracts for Difference (CfDs) are a “major contributor” to rising prices and suggests ring-fencing and placing them in a “legacy bank”.

He says they should be charged “separately and explicitly” on customer bills and industrial customers should be exempt.

The report adds FiTs and CfDs should be gradually phased out and merged into a unified equivalent firm power (EFP) capacity auction.

The cost of intermittency would then rest with those who cause them and there would be a major incentive for the intermittent generators to invest in demand side response and back-up plants.

The professor recommends replacing the standard variable tariff (SVT) with a default tariff to meet the objectives of the new draft legislation to cap energy prices. That would cap the profit margins made by energy companies rather than controlling prices themselves.

Going forward, Professor Helm suggests there should be no more periodic reviews in Ofgem’s current RIIO framework as “technical change is so fast that predicting costs eight to 10 years is impractical”.

He recommends the government should establish an independent national system operator (NSOs) and regional system operators (RSOs) in the public sector, with relevant duties to supply and take on some of the obligations from the regulated transmission and distribution companies.

They should conduct auctions and invite bids for network enhancements, generation, storage and demand side response from energy service companies at a local level.

He adds the separate generation, supply and distribution licences should be replaced by a simpler, single licence at least at the local level. That would significantly diminish the role of Ofgem in network regulation.

Professor Helm said: “Not to implement these recommendations is likely to perpetuate the crisis mentality of the industry and these crises are likely to get worse, challenging the security of supply, undermining the transition to electric transport and weakening the delivery of the carbon budget.

“It will continue the unnecessary high costs of the British energy system and as a result perpetuate fuel poverty, weaken industrial competitiveness and undermine public support for decarbonisation. We can and should do much better and open up a period of falling prices as households and industry benefit from great technological opportunities over the coming decades.”

The government said is already taking significant steps to upgrade the UK’s energy infrastructure and published a draft bill to cap prices.

Business and Energy Secretary Greg Clark added: “Homes and business depend upon reliable, affordable power and the government is ambitious in its plans to keep costs as low as possible for them over the coming decades.

“I am grateful to Professor Helm for his forensic examination. We will now carefully consider his findings.”