Weather and climate disasters cost the US a record $306 billion (£216.5bn) in 2017, the third warmest year. The nation experienced 16 natural disasters, each with losses exceeding $1 billion […] 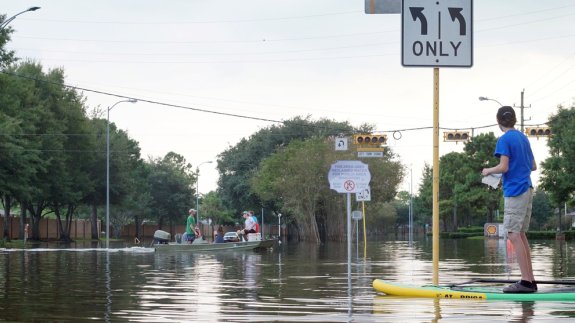 The nation experienced 16 natural disasters, each with losses exceeding $1 billion (£0.7bn), according to the National Oceanic and Atmospheric Administration (NOAA).

The previous record was $215 billion (£152bn) in 2005, when hurricanes Katrina, Wilma and Rita slammed the US Gulf Coast.

Some scientists have suggested greenhouse gas emissions are driving climate change, leading to floods and droughts.

Democratic Senator Dick Durbin of Illinois said: “Natural disasters have caused a record setting amount of damage in the US this year. There’s no denying that climate change will cost the US trillions more in the next decade and that we have a financial and national security reason to act.”