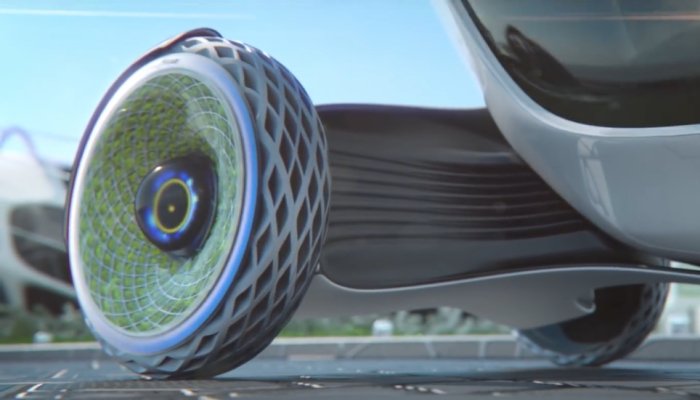 The tyre manufacturer’s Oxygene concept, which it has unveiled at the 2018 Geneva International Motor Show, features living moss that absorbs carbon dioxide emissions from the air as it photosynthesises.

The moss is kept alive by the tyre’s unique tread channelling water into it from the road surface, which also increases grip.

Goodyear says if it was widely used in a city with around 2.5 million vehicles, such as Paris, the technology could generate around 3,000 tonnes of oxygen and absorb more than 4,000 tonnes of carbon dioxide each year.

The tyres are made from recycled rubber and harvest energy from the moss photosynthesis to power embedded electronics such as onboard sensors, lighting and Internet of Things technology.

Chris Delaney, President of Goodyear Europe, Middle East and Africa, said: “With more than two-thirds of the world population expected to live in cities by 2050, the demands on transport networks in urban environments will increase substantially.

“Smarter, greener infrastructure and transport will be crucial in addressing the most pressing challenges of urban mobility and development.”