Fish and chips ‘under threat from climate change’ 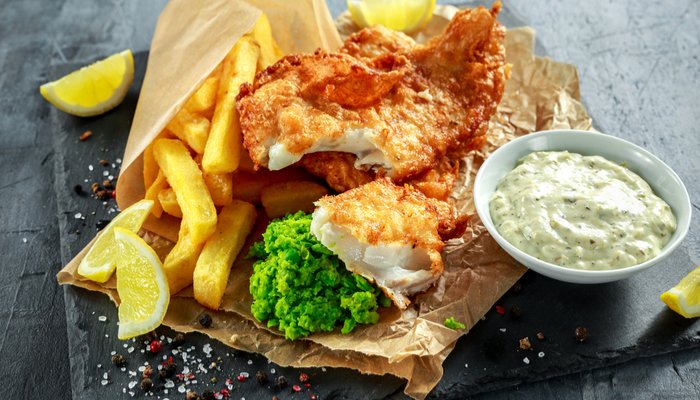 The UK’s best-loved dishes could soon be under threat as a direct result of climate change.

That’s the suggestion from green group WWF, which says by 2050, popular British meals including chicken tikka masala, fish and chips and cheese ploughman’s may need to substitute ingredients and are likely to cost more in the future.

For example, chickens may have to be fed on alternative feeds such as insects and algae, changing the taste of the meat. The WWF says combined with rising rice prices, this could see the cost of a curry soar.

Tomatoes are also expected to become more expensive due to extreme weather damaging crops and warmer oceans mean cod might have to be swapped for anchovies.

The environmental group says cheese production is also likely to be affected as heat stresses dairy herds and results in less milk being created.

The report also suggests a cheese ploughman’s, the most environmentally intensive of the three meals, generates around 2.6 kilograms of carbon dioxide in its production, the equivalent of boiling a kettle more than 100 times or keeping an LED light switched on for nearly a month.