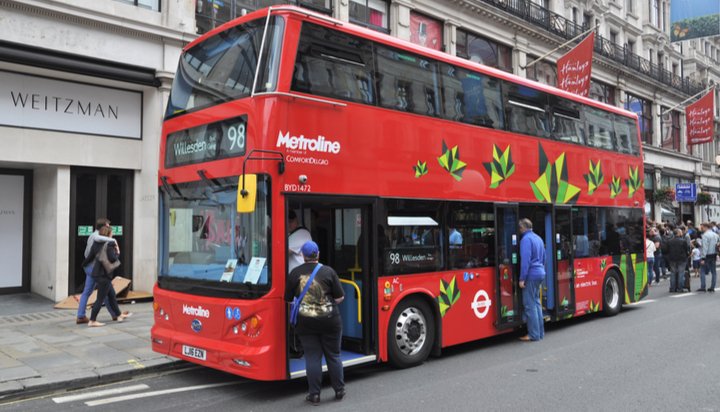 The Mayor of London has announced the city will host the largest double-decker electric bus fleet in Europe.

Sadiq Khan said 68 new electric double-deckers will be launched across the city next summer, an increase of more than 10-fold on current numbers.

He added two routes from Barnet to central London will be exclusively operated by electric double-decker buses.

Next year, Transport for London (TfL) aims to have 240 electric buses in operation, with all new double-decker buses to be zero-emissions or hybrid, followed by every single-deck bus in central London the year after.

Its ultimate aim is for all buses in London to be zero-emission by 2037.

The move towards electric vehicles aims to tackle the problem of air pollution, which is estimated to contribute to more than 40,000 premature deaths across the country each year.

London has also called on the government to phase out sales of new pure diesel and petrol cars and vans by 2030, a decade ahead of the current commitment of 2040.

Mr Khan said: “In London we’re helping to lead the way with my Ultra Low Emission Zone and I’m delighted to be able to announce a Europe-leading new fleet of electric double-decker buses too.

“We’re doing all we can to improve our air quality and we need the government to match our ambition to solve this national health crisis.”