Mobile hydrogen refuelling station gases up and hits the road 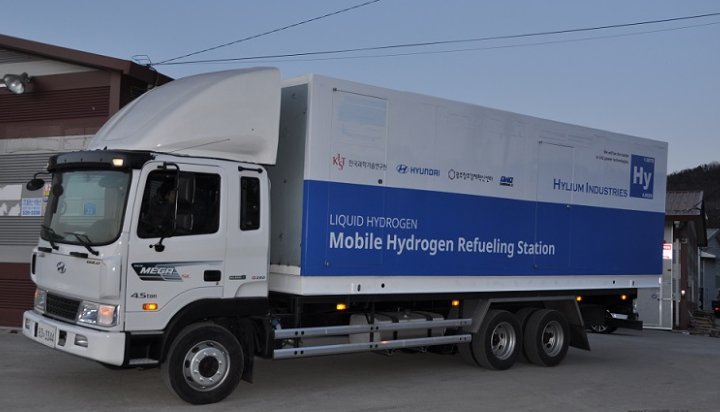 A company has launched what it claims is the world’s first mobile liquid hydrogen refuelling station.

It suggests the vehicle offers high potential for expanding the fuelling infrastructure for hydrogen fuel cell electric cars, of which it says there is currently a shortage.

The five-ton truck carries fuelling equipment, including a liquid hydrogen pump, vaporiser and dispenser, as well as 7,500 litres of the low carbon fuel.

Hylium Industries says it is capable of fueling up to 100 hydrogen-powered cars per day.

CEO Kim Seo Young said: “In addition to being a ‘green energy’ technology, hydrogen technology is a cutting-edge field in which intensive research and development is being carried out all around the world.