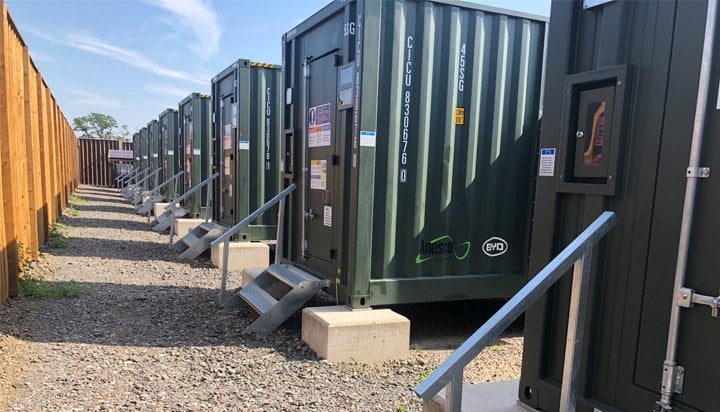 Eelpower has bought the recently-completed 20MW battery storage unit from Anesco for an undisclosed sum.

The acquisition of the Rock Farm project near Ludlow in Shropshire is one of a number of deals the company plans to complete between now and 2022 to deliver 1GW of storage capacity at an estimated cost of £500 million.

Eelpower previously bought a 10MW storage unit at Leverton in Lincolnshire, which was also developed by Anesco and co-located storage units at two hydro schemes in Yorkshire.

It has also acquired two storage projects – 10MW near Winchester and 8MW near Cumbria – that will be commissioned later this year.

Mark Simon, Chief Executive of Eelpower said: “With the transition to a flexible, decentralised energy system moving at pace, Eelpower is responding to the market opportunity. We intend to deploy significant battery capacity – 1GW by 2022, to provide National grid and local grid companies with the flexibility that the system needs while building a platform for us to profitably trade electricity.”