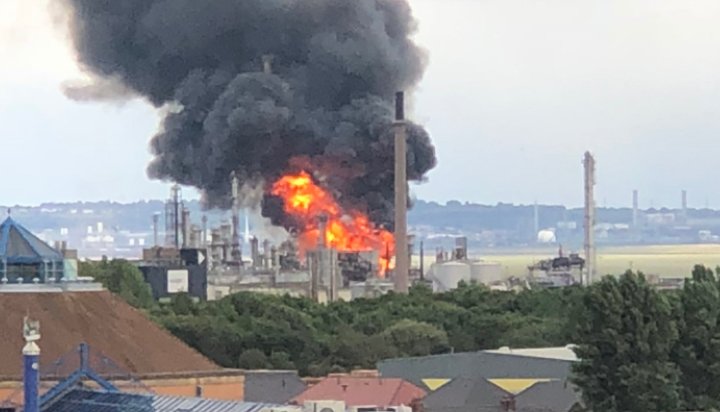 A large fire broke out at the site of a major oil refinery in the UK yesterday.

Reports claim the owner of the facility said the blaze had started at a chemical manufacturing building on the site and had not affected the refinery or its operations.

The Cheshire Fire Service said it was called to the blaze at 2.16pm on Wednesday afternoon and had contained the flames by around 3.30pm.

A number of crews remained at the site to make sure it was totally extinguished.

A spokesperson for Essar Oil said yesterday: “Earlier this afternoon a fire occurred at the SHOP chemical plant, close to the Manchester Ship Canal.

“Both Stanlow’s own site Emergency Services Team and the Cheshire County Fire Service attended to deal with the incident.  All personnel on the SHOP unit were quickly accounted for. The fire has now been extinguished.”