The signatories of a letter to Energy Minister Claire Perry say removal of the payment will lead to householders, small businesses and others providing power to the grid for free 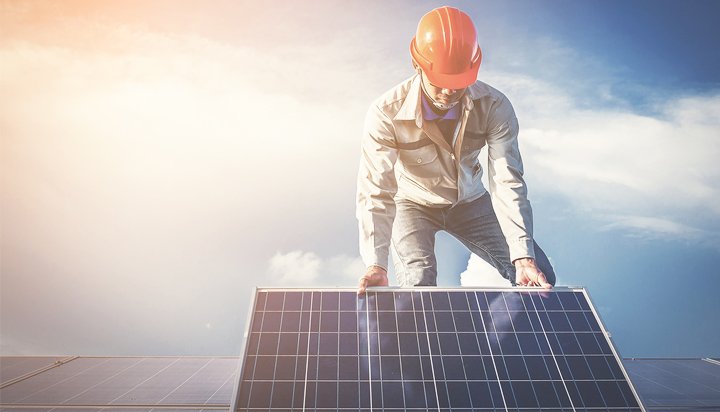 More than 200 organisations in the UK are urging the government to “urgently” confirm the continuation of the export tariff for small-scale solar generation from next April.

The call, in an open letter to Energy Minister Claire Perry, comes after the government confirmed plans to axe the Feed-in Tariff (FiT) scheme – which provides payments to small-scale renewable generators for the electricity they produce – from April next year.

As well as the generation tariff, they can also sell any extra units not needed back to the electricity supplier, called the export tariff.

The Solar Trade Association (STA), which has published the letter, said the export tariff “is not a subsidy but a mechanism” that works alongside the FiT scheme to ensure small renewable generators are paid a fair market rate for the electricity fed into the grid.

The government confirmed the closure date of 31st March 2019 also applies for the export tariff.

The signatories of the letter, which include suppliers, academics, NGOs, youth groups, city leaders, faith groups and land owners, believe if the UK removes this payment, homes, farmers, community organisations and businesses will be the only groups not paid for their exported power and leave them with “much weaker rights than other European citizens”.

The organisations, including Community Energy England, E.ON, Nissan Energy Services, National Farmers Union, Good Homes Alliance and Savills, believe certainty of the export tariff is needed “as a matter of urgency” to safeguard the confidence of investors in solar and related smart technologies like battery storage and of the UK solar industry.

The letter states: “If the export tariff is removed next April, householders, SMEs and others investing in solar & smart technologies will encounter very nascent markets that currently lack regulatory foundations. They would therefore potentially have to spill their power onto the grid for free, effectively subsidising the commercial electricity sector.

“We hope you agree that this wouldn’t be acceptable. Such negative treatment will stifle the market, put off early adopters and give the wrong signals about grid interaction to consumers, thus slowing down UK progress towards a smart and flexible energy system.”

A spokesperson from BEIS said: “This scheme has been hugely successful, outstripping our predictions and generating enough electricity for two million homes. But it’s only right we protect consumers from costs and adjust incentives as costs fall.

“We are world leaders in renewable energy and since 1990 have cut emissions by more than 40% and are committed to continuing to lead the world in renewables. The government is investing more than £2.5 billion on low carbon innovation by 2021 and is seeking views on the challenges and opportunities from small-scale low-carbon generation in contributing to government’s objectives for clean, secure, affordable and flexible power.”

Ms Perry is the headline speaker at Energy Live Expo on 31st October 2018. To book your place, you can e-mail [email protected]