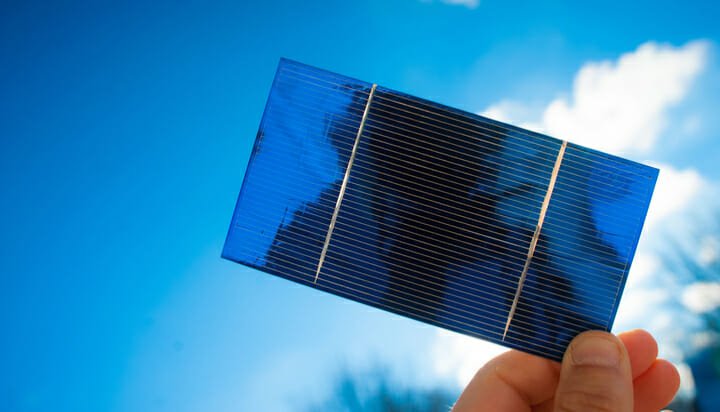 The energy output of solar panels could be improved by arranging their molecules in a particular pattern.

That’s according to new research led by Imperial College London and University College London, which suggests semiconducting pentacene molecules should be arranged in parallel to release the most electrons possible, increasing the amount of energy generated.

Researchers claim this could make solar energy much cheaper and more efficient.

A parallel structure allows ‘excited’ electrons to escape more easily, whereas the the commonly-used herringbone layout can trap them and hinder energy being created.

Co-author Dr Enrico Salvadori said: “Using a unique method to determine the pentacene orientation in our samples, we identified the parallel geometry and found it allows electrons to be released more easily.

“This is the first time this work on pentacene was carried out at room temperature, allowing our findings to be applied in the real world, like in solar panels.”