If the UK leaves the EU without an exit agreement, European energy law will no longer apply 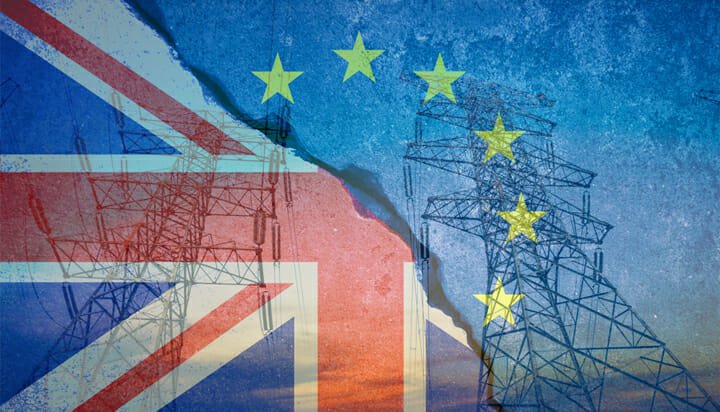 Energy link operators in Britain are being warned they may have to make use of “alternative arrangements” for the purchase and sale of power across Europe in the event there is a no-deal Brexit.

The government’s notice on electricity trading if the UK leaves the EU with no exit agreement also warns trade on interconnectors will be “less efficient”.

The UK’s electricity markets are currently integrated into those of the EU, with common rules governing their operation.

However, if the UK leaves the EU with a no exit deal, European energy law will no longer apply to the which means the electricity markets will be decoupled from the internal energy market and cross-border flows across electricity interconnectors will no longer be governed by EU legislation which provides efficient trade and co-operation in operating the power system.

The government suggests owners and operators of interconnectors, which include Britain’s National Grid, will have to “carry out contingency planning” for a no deal scenario and engage with the relevant EU national regulators to understand their processes for the potential reassessment of their Transmission System Operator certifications.

The EU rules will cease to apply in NI, leaving key elements of the Single Electricity Market – trading with Britain and cross-border governance arrangements – without any legal basis.

The government has pledged to “take all possible measures” to maintain the Single Electricity Market, however is no agreement can be reached, the NI market would be separated from that of Ireland, making them “less efficient, with potential effects for producers and consumers on both sides of the border”.

In this case, the Northern Ireland Utility Regulator and SONI, the NI Transmission System Operator, will have to take action to mitigate the risks.

The document adds: “SONI may need to rely on fall-back arrangements to ensure power is able to flow over the Great Britain-Northern Ireland interconnector, in the absence of reliable rules for cross-border trading. Government or the Northern Ireland Utility Regulator will act to seek to ensure adequate generation capacity is in place, as far as possible through a competitive procurement process involving existing generation and new generation investment alongside demand side measures.”