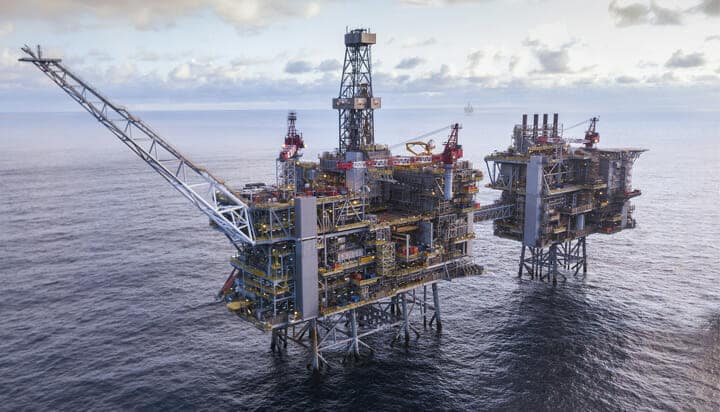 BP has hit a major milestone as first oil has been produced from its giant development in the UK North Sea.

The Clair Ridge project in the West of Shetland is the second phase of development of the Clair field, which was discovered in 1977 and is estimated to contain around seven billion barrels of oil and gas.

Clair Ridge has been designed to recover an estimated 640 million barrels of oil and production is expected to ramp up to a peak of 120,000 barrels of oil per day.

Bernard Looney, BP Chief Executive Upstream, said: “The start-up of Clair Ridge is a culmination of decades of persistence. Clair was the first discovery we made in the West of Shetland area in 1977. But trying to access and produce its seven billion barrels proved very difficult. We had to leverage our technology and ingenuity to successfully bring on the first phase of this development in 2005.”

First production from the project, a joint venture with Shell, Chevron and ConocoPhillips, is seen as a significant moment for the oil and gas sector in the UK.

Dr Andy Samuel, Chief Executive at the Oil and Gas Authority (OGA) said: “First oil from the newly built Clair Ridge platform is a major milestone for the UKCS. The OGA continues to view the West of Shetland as strategically important with substantial remaining potential. The Clair Field has in excess of seven billion barrels in place and is expected to sustain production for many decades to come, with significant scope for further phases of development.”