London and Edinburgh to trial self-driving buses and taxis 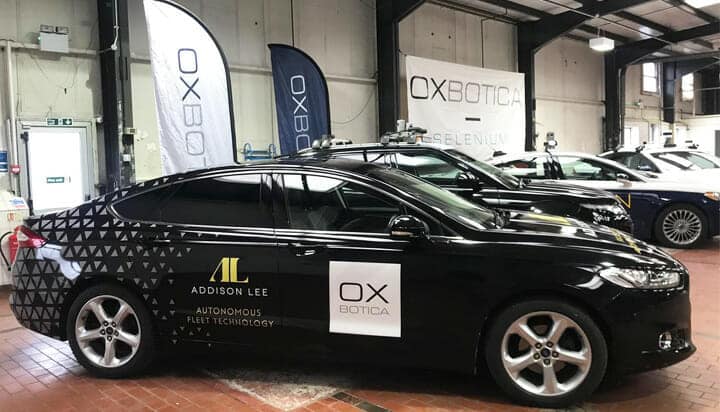 London and Edinburgh are to be the first cities to experience self-driving vehicle services in the UK by 2021.

The government has announced three public trials, which will include an autonomous bus service on a 14-mile route across the Forth Bridge from Fife to Edinburgh and self-driving taxi services in London.

They will assess technical performance as well as explore how driverless technology can seamlessly integrate into society, with the findings applied to the development for future autonomous service models.

The pilots, which will combine business, technology and academia, were selected following a competitive process and will shar a £25 million grant through the fourth round of the Connected and Autonomous Vehicles Intelligent Mobility Fund.

Five single decker buses will be converted into autonomous vehicles, providing a service capable of carrying up to 42 passengers across the Forth Bridge to Edinburgh Park Train and Tram interchange.

The project is led by Fusion Processing, which is working alongside the University of the West of England, Alexander Dennis, Edinburgh Napier University, ESP Systex, Transport Scotland and Stagecoach.

Addison Lee, which is leading the project, is working with DG Cities – Greenwich, Oxbotica, Immense Silmuations and Nominet Total, to develop and deploy four autonomous taxi pilot services “that increase in complexity and distance” in Greenwich, London.

A mobility service based in London will be developed using six autonomous Land Rover Discovery vehicles.

Led by Jaguar Land Rover (JLR), a consortium consisting of Addison Lee, Transport Systems Catapult, TRL and the University of Nottingham, will test and further develop existing JLR sensing and autonomy systems in Coventry and the Midlands before deploying a pilot of a premium mobility service across four Greater London boroughs.

The project will also develop analytical models to understand and demonstrate the wider positive impacts of connected and autonomous vehicles on cities – from reduced air pollution to easing congestion.

Business Secretary Greg Clark said: “Self-driving cars will revolutionise the way we move goods and people around the UK. These Industrial Strategy projects and investments are exciting examples of our long term plan in action – ensuring we build on our strengths to reap the rewards as we accelerate towards our ambition to have autonomous vehicles on UK roads by 2021.

“Autonomous vehicles and their technology will not only revolutionise how we travel, it will open up and improve transport services for those who struggle to access both private and public transport.”