UK council to generate all its power needs from renewables 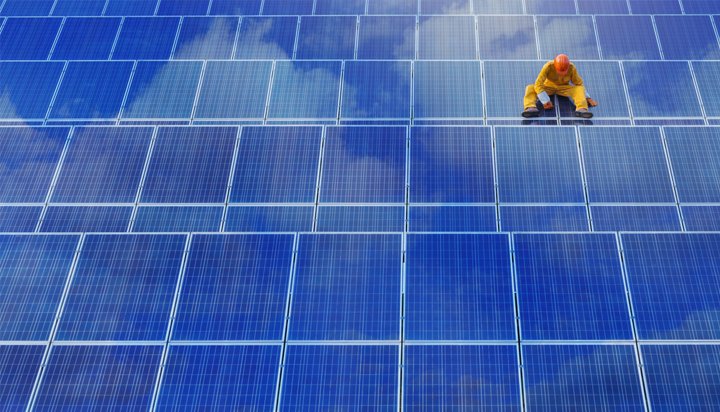 Warrington Borough Council is to become the first local authority in the UK to generate all its electricity needs from renewable sources.

The news follows developer GRIDSERVE reaching financial close for two large subsidy-free solar farms – one of which will provide electricity to the council – as well as battery storage technology.

Construction of the first 34.7MW hybrid solar plant with a 27MW battery storage system in York is due to start shortly, followed by a 25.7MW solar farm in Hull with plans for a battery unit at a later stage.

Both plants will use panels that generate electricity on both sides in what is said to be a UK first and boost power generation by 20%.

The Hull project, which will provide all of the council’s power demand, will help the council reduce its energy bills by up to £2 million a year.

Electricity from the York solar farm will initially be sold on the open market, although a number of other local authorities are said to have expressed an interest in buying the power.

The two projects – in which the council is investing £62.34 million in total for full ownership when they are operational – are expected to generate enough green electricity to power more than 18,000 homes in the UK or 30,000 electric vehicles (EVs) and reduce carbon emissions by 25,000 a year.

Cllr Russ Bowden, Leader of Warrington Borough Council said: “This deal is good news for Warrington residents and good news for the environment. The solar farms will secure our energy supply, give us control over our energy prices, contribute to reducing fuel poverty and generate an estimated operating surplus of £150 million over 30 years that can be invested back into the most important frontline services.

“Councils have a major role to play in helping to meet carbon emission reduction targets. These two sites are a working model that we hope other local authorities will follow.”

GRIDSERVE claims the solar farms – funded by Investec Bank and Leapfrog Finance – will be the “most advanced” in the UK as they will use new technologies to maximise solar generation while helping the council earn revenue from grid services as well as from electricity sales.

Bifacial solar panels, which generate energy on both sides, are to be used in both projects, helping boost energy generation by 20%.

The company adds: “They will also be the first large-scale UK projects to use trackers which follow the sun, maximising generation over the whole day, and minimising price cannibalisation risk from solar farms with fixed position solar panels which typically produce peak output at the same time each day.

“GRIDSERVE and Warrington also plan to install Electric Forecourts linked to both sites once they are up and running. These will be amongst the first in a nationwide network GRIDSERVE are developing, offering supercharging for up to 24 electric vehicles simultaneously and at very competitive prices.”

It claims the 27MW lithium-ion battery storage system at York will be the largest at any UK solar farm and share grid connection.

The company adds: “. It will allow GRIDSERVE to control the flow of energy so it can get better prices for the solar power and earn money by providing services that help National Grid to balance supply and demand and support growth of renewables and electric vehicles.”