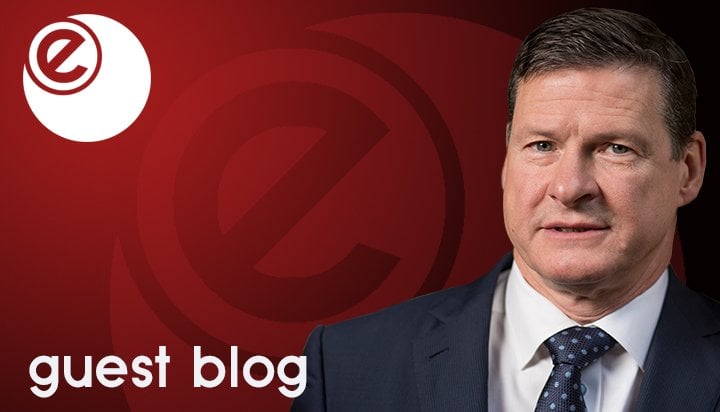 I had the good fortune during my decade running National Grid to observe, close up, the decarbonisation of vast swathes of the UK’s power system.

Astonishing things have been achieved, not least that coal has been supplanted in the mix by renewables, which now make up a third of the electricity we use. Add in the component from nuclear and our grid is now half low carbon, helping to cut emissions by more than 43% on 1990 levels.

So how did this change actually ‘feel’ for you?

Well, unless you work in or live near a power facility and bar sporadic media headlines about the cost of subsidies, the majority of people could be forgiven for not even noticing! Because this phenomenal shift has been largely invisible to the public. After all, it’s made no difference to how you boil your kettle or charge your mobile phone. Electrons are electrons.

For the next phase of decarbonising our economy, however, things are set to be very different – and the government’s announcement of a net zero target for 2050 puts this into even sharper relief.

Going forward, it’s hard to foresee meaningful progress without the active participation of consumers in many, many ways. The Committee on Climate Change estimates that more than 60% of the emissions reductions needed for net-zero will involve some element of human behaviour change, mostly in combination with the deployment of unfamiliar technologies.

This will put a premium on real and meaningful engagement with householders, drivers, employees, customers and the public at large. Indeed, alongside new clean energy infrastructure, we’re going to need to build a sophisticated new relationship between people and the energy on which we all depend.

I’m not talking here about hair-shirt change, but we do need to rethink everything from how we heat our homes to how we fuel the vehicles that get us from A to B. If we’re serious about ending Britain’s contribution to climate change, there’ll be no avoiding it.

So it’s encouraging to see climate change surge up the public agenda. The proportion who say they are concerned about it has now reached its highest point since 2008, when the issue was last the zeitgeist.

On the other hand, I was concerned by a number of findings of the Energy Institute’s new Energy Barometer 2019 published this week.

What are some of the findings?

This year’s survey raises some real home energy alarm bells. There is real concern among the UK’s energy professionals about how consumers – and the poorest in particular – will fare as the energy transition and data revolution progress.

Half of EI members believe promotion of the opportunities opened up by smart technologies for household consumers is needed to help capitalise on the lower bills and system benefits promised by these technologies.

More concerning still, twice as many EI members believe energy companies, as opposed to their customers, will benefit financially the most from the data revolution in energy

The survey also reveals some apparent contradictions that point to areas of focus for those seeking to bring about the necessary changes in behaviour.

Although more than 60% of EI members believe tariffs that reward flexible demand will be attractive to householders, a similar proportion nevertheless believes that very few consumers will allow suppliers to control their appliances, even if financial benefits are passed on.

And looking to the poorest in our society, the Barometer contains little positive news. Tackling fuel poverty is rated year-after-year one of the least effective areas of government policy. A fifth of respondents fear the low carbon transition will inevitably push up fuel poverty, regardless of government interventions to help the most vulnerable.

Technologies that promise a smarter, greener relationship with the energy we all use are advancing at breakneck speed. But human factors resulting from poor communication mean households could be left in the slow lane.

Ministers and industry leaders need to navigate these uncertainties with great care, to ensure these amazing new technologies deliver on their potential in our homes and – if we’re to reach net-zero – for our wider energy system.

You can find the full Energy Barometer 2019 report here and discussions of the findings are tagged #EnergyBarometer on Twitter.