Dangerous levels of air pollution in quarter of England’s hospitals

New research suggests around 10.5 million patients a year could be exposed to toxic air pollution when they visit hospitals in the UK 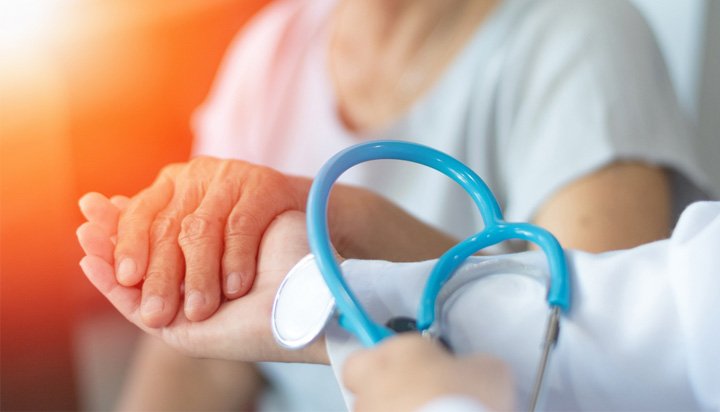 A quarter of hospitals in England are located in areas with dangerous levels of air pollution.

That’s according to new research by the British Lung Foundation and UK100, which suggests around 10.5 million patients a year could be exposed to toxic air pollution when they visit hospitals in the UK.

It also reveals around 248 hospitals (17%) and 2,200 GP practices are in areas where air pollution is above the World Health Organisation’s (WHO) limit for fine particulate matter (PM2.5).

PM2.5 are fine particles produced by all types of combustion, including motor vehicles, power plants, residential wood burning and some industrial processes.

People with heart or lung diseases, older adults and children are most likely to be affected by particle pollution exposure.

Air pollution is the cause and aggravating factor of many respiratory and coronary conditions like asthma, heart attacks, strokes and lung cancer, as well as being linked to a number of conditions from depression to diabetes, contributing to around 36,000 deaths a year

.The study found Birmingham, Leeds, Leicester, London, Nottingham, Hull, Chelmsford and Southampton have at least one large NHS Trust located in an area with unsafe levels of pollution.

That includes two of the biggest children’s hospitals in the country, Great Ormond Street Hospital and Birmingham’s Children Hospital, which the report says are located in areas with unsafe levels of pollution.

However, it adds Great Ormond Street Hospital has created a Clean Air Hospital Framework and worked with Global Action Plan and Camden Council to tackle the issue – UK100 is calling on other local authorities and hospital trusts to replicate these partnership action plans to help reduce the levels of pollution.

Polly Billington, Director of UK100, said: “Local authorities, the NHS and businesses can work together to reduce non-emergency car journeys and the emissions caused by deliveries to hospitals. But we urgently need new laws and funding from government to tackle this health crisis including Clean Air Zones around city hospitals.”

NHS England said it is “committed” to playing its part in addressing the issue and local health services are taking “practical steps” by switching to greener transport and power.

Chief Executive Simon Stevens added: “Air pollution causes thousands of avoidable hospital admissions and early deaths every year and affects more than 2,000 GP surgeries and hospitals. That is why the NHS is committed to playing our part – cutting emissions from the NHS fleet by 20% by 2024, cutting our reliable on fossil fuels for power and reforming services to reduce the number of visits that people need to make to hospital.

“But although the NHS can take practical steps to reduce our impact on the environment, as well as treating those suffering the consequences of poor air, we can’t win this fight alone, so the growing consensus on the need for wider action across society is welcome.”