Fires have been raging across the world’s largest tropical rainforest, one of the most important carbon sinks 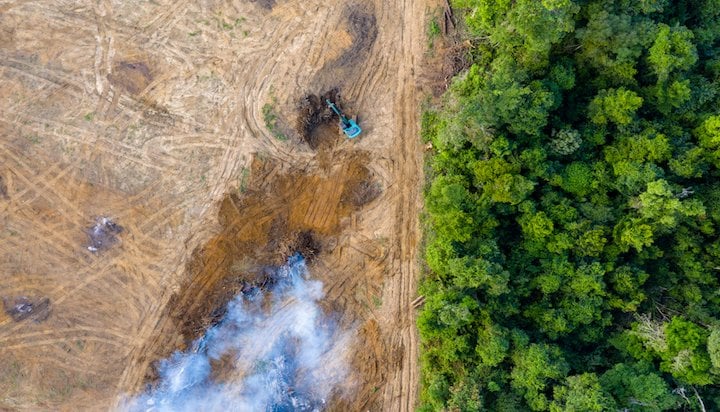 Boris Johnson has pledged to provide £10 million towards helping the Amazon rainforest following the recent surge in fires.

Fires have been raging across the world’s largest tropical rainforest and according to Brazil’s National Institute of Space Research, the number of fires detected by satellite in the Amazon region this month is the highest since 2010.

Tropical rainforests cover around 6% of the Earth’s surface but their soils are believed to contain nearly 30% of the total global carbon stocks, making them one of the most important carbon sinks.

Researchers have suggested the Amazon rainforest absorbs around 2.2 billion tons of carbon dioxide a year, while others have argued the figure has fallen over the last decade.

Speaking at the G7 conference in Biarritz yesterday, Mr Johnson also pledged to help tackle the growing issue of plastic pollution in oceans.

He said: “I’ve announced £7 million for the Blue Belt programme to extend our work to protect the vital marine ecosystems in conservation areas in overseas territories. And don’t forget Britain has the fifth biggest marine estate in the world.

“If we don’t act now our children and our grandchildren will never know a world with the Great Barrier Reef, or the Sumatran Tiger or the Black Rhino.”