Tim Cook tweeted: ‘It’s devastating to see the fires and destruction ravaging the Amazon rainforest, one of the world’s most important ecosystems’ 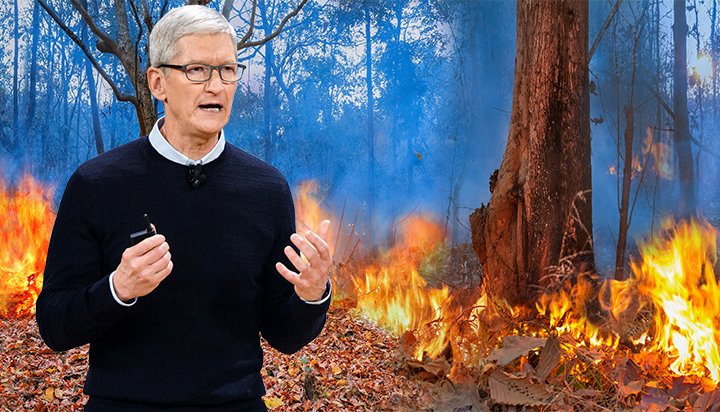 The CEO of Apple has said the company would be donating to help preserve the Amazon rainforest after wildfires in the region have reached unprecedented levels.

Tim Cook did not suggest how much money would be donated, who exactly it would be given to or what it would pay for.
‏
He tweeted: “It’s devastating to see the fires and destruction ravaging the Amazon rainforest, one of the world’s most important ecosystems.

“Apple will be donating to help preserve its biodiversity and restore the Amazon’s indispensable forest across Latin America.”

It is uncertain whether the help will even be accepted – Brazilian President Jair Bolsonaro has rejected an offer of $20 million (£16.3m) in international aid agreed by the G7 countries to help tackle the environmental crisis.

NASA has detected a plume of carbon monoxide it says is rising into the atmosphere from the fires, which is likely to worsen climate change further.

Boris Johnson has pledged to provide £10 million towards helping tackle the recent surge in fires across the region.