A newly-launched petition aims to do exactly that, if President Jair Bolsonaro refuses to tackle the environmental catastrophe 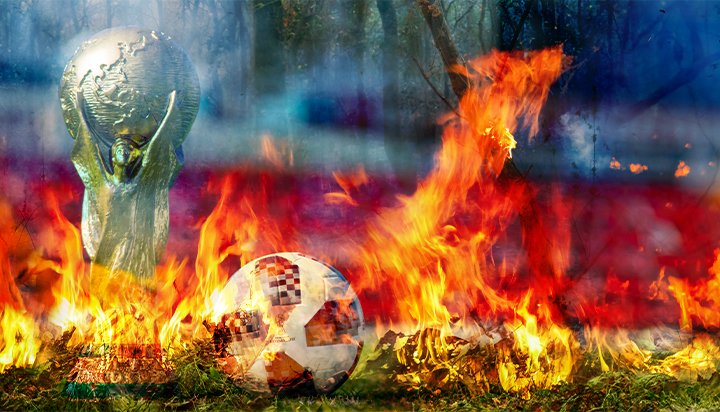 Could Brazil be banned from taking part in the FIFA World Cup because of the wildfires ravaging the Amazon?

A newly-launched petition aims to do exactly that, if President Jair Bolsonaro refuses to tackle the environmental catastrophe.

The controversial leader has already ruled out accepting an international offer of aid to fight fires in the Amazon rainforest unless he gets an official apology from French President Emmanuel Macron, who accused him of lying about climate change efforts.

The creator of the petition claims it will prove as effective as economical sanctions and asks other world leaders and the FIFA congress to ban Brazil from all activities until action is taken.

“The Amazon is burning (and being burnt) at an unprecedented pace for a couple weeks now, which has affected a whole continent with the direct aftermath of the fires and the monstrous release of carbon dioxide and other toxic gases.

“Soccer is Brazil´s main entertainment source, and banning their selection from participating in the FIFA World Cup will generate a strong response in the country population against the ruling party.”