Sustainable phone dials in to a circular future

The Fairphone 3 has been designed to be fully modular and repairable, meaning that if one component fails, the entire device does not need to be replaced 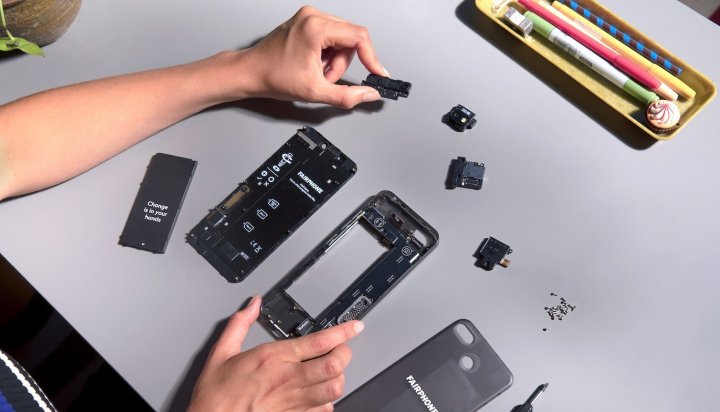 Fairphone has launched its third device aimed at developing a more circular economy.

The Amsterdam-based firm says the Fairphone 3 has been designed to be fully modular and repairable, meaning that if one component fails, the entire device does not need to be replaced, unlike with many other modern phones and gadgets.

The new phone runs on the Android 9 Pie operating system and has modern features such as a front and rear camera.

The brand behind the device says it will offer owners up to €40 (£36.2) cashback for recycling their old phone.

It prides itself on transparency and published a list the suppliers for the Fairphone 2 to prove it was made in exploitation-free factories where workers are treated fairly.

Fairphone has committed to avoiding the use of conflict minerals and sources vital materials such as gold from Fairtrade certified companies – this is important as an average smartphone contains about 30 milligrammes of gold, some of which comes from war-struck regions and from areas with child labour.

It said: “Introducing the Fairphone 3, a phone for everyone who cares about how their products are made. It’s got everything you’d expect from a great phone — and so much more.

“It improves the conditions of the people who make it and uses materials that are better for the planet. Because how it’s made matters.”