The total capacity of battery storage planning applications has soared from nearly 6,900MW a year ago to more than 10,500MW today 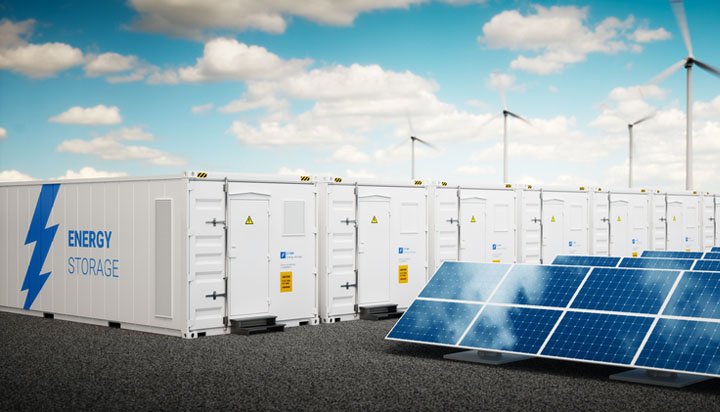 The energy storage industry in the UK is seeing “massive growth” as the number of applications to build battery storage projects is continuing to increase rapidly.

That’s according to a new report, which shows the total cumulative capacity of battery storage planning applications has soared from nearly 6,900MW a year ago to more than 10,500MW today – enough to fully charge more than a million electric vehicles (EVs).

Applications in 2012 stood at just 2MW, showing the rapid growth in the market, with the number of UK companies involved in the sector growing from 300 to more than 450 over the last 12 months.

The average size of the battery storage projects has also increased slightly from 27MW to 28MW.

RenewableUK, which published the report, suggests the pipeline of energy storage projects is expected to continue to grow and an increasing number of grid-scale battery projects of more than 50MW in capacity are expected after BEIS agreed to change planning rules earlier this year, which have, up to now, deterred development at this scale.

The report adds renewable developers are at the forefront of the market with companies like KiWi Power and RES – and energy giant EDF recently moved into the market with the buyout of Pivot Power, which has one of the largest portfolios of storage projects in development in the UK.

Companies like Siemens and Highview Power are developing hydrogen, ammonia and compressed air technologies – the UK has a pipeline of more than 600MW of compressed air or liquid air storage projects in development.

Gravitricity is developing gravity-based storage, OXTO Energy is pioneering the use of flywheels in energy storage and RheEnergised is developing dense liquids as an alternative to pumped storage.

Barnaby Wharton, RenewableUK’s Director of Future Electricity Systems said: “As we build the net zero energy system of the future based on renewables, we’re changing the way we manage the entire network, using a wide variety of extraordinarily innovative storage technologies. The pace of change in the industry is hugely exciting.

“Energy storage has reached a tipping point with major companies entering this new market, providing new services to guarantee the security of our energy supplies and maximising the amount of power available, providing massive benefits to consumers.”