COP25 and Science: Catalyst for Change

COP25, the 25th annual Conference of Parties to the United Nations Framework Convention on Climate Change, officially started on the 2nd of December in Madrid. 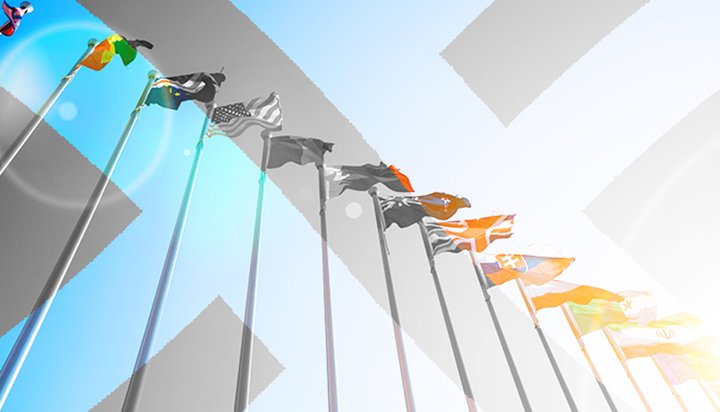 `COP25, the 25th annual Conference of Parties to the United Nations Framework Convention on Climate Change, officially started on the 2nd of December in Madrid.

Over the next two weeks, country representatives from around the world will be reporting on their commitments to the Paris Agreement and their nations’ progress towards decreasing carbon emissions. ‘The COP25 will be the COP of implementation’, said Carolina Schmidt, the conference’s current president and Chilean Environmental Minister.

The goal of the conference is to finalise the legal and technical details of the Paris Agreement – the 2015 international treaty adopted by 195 countries that aims to limit global warming to less than 2°C. This includes, among other details, negotiations on the rules for climate finance and the voluntary carbon emissions markets which would enable nations to meet their pledged CO2 cuts by trading reductions with other countries.

In an optimistic scenario, COP25 will lead to binding cross-national decisions to pave the way for the next decade of climate emergency actions.

The recently published ‘World Scientists’ Warning of a Climate Emergency’ report gained the support of over 11,000 environmental experts, and it does not leave any space for speculations – world leaders must act now. COP25 creates an opportunity to design and execute real actions that, if implemented now, will have the chance to prevent the ‘catastrophic threat of untold suffering’ described by scientists.

Implementation of the Paris Agreement – where are we now?

In his speech on the first day of COP25, UN Secretary General, Antonio Guterres, expressed great disappointment with the current global efforts to cut emissions. Although European nations lead the transition towards fully decarbonised economies, the overall global trend is far behind what is needed to prevent dangerous levels of climate change.

Last week, the UN Environment Programme published the ‘Emissions Gap Report 2019’. This report evaluates global progress on climate action and looks at the gaps between carbon reduction pledged in the Paris Agreement and the levels delivered.

Scientists agree it is still possible to limit global temperature rise to 1.5°C above the pre-industrial levels. Any increase in the temperature affects the planet’s eco-systems, but levels below 1.5°C will have a far less devastating impact than those above 1.5°C.

To get on track to limit temperature rise, global emissions must drop rapidly to 25 gigatons per year by 2030, but, based on today’s commitments, the emissions are on track to reach 56 gigatons of carbon by 2030 – more than twice what they should be. Accordingly, emissions need to be reduced by at least 7.6% every year between now and 2030 to reach the desired level.

How serious are we about climate change?

Public awareness of the irreversible damage caused by climate change is growing year on year, with 2019 bringing a previously unseen number of environmental protests and an increasing pressure on governments to address the emergency. It is estimated that close to 8 million people took part in over 3,400 street protests during the Global Climate Strike week in September, with children and adults demanding more decisive actions and stricter environmental regulations.

In May this year, the UK became the first country in the world to declare a climate emergency and made the 2050 net-zero emission target legally binding. Currently, 1,192 jurisdictions in 25 countries, with a total population of 454 million people, have declared climate emergency.

Last week, the European Investment Bank (EIB), the world’s largest multilateral financial institution, announced that within the next two years it will stop financing oil, gas and coal projects that contribute to climate change.

‘Climate is the top issue on the political agenda of our time’, said Werner Hoyer, EIB’s president. ‘We will stop financing fossil fuels and launch the most ambitious climate investment strategy of any public financial institution anywhere.’

Following the EIB’s announcement, investment fund TCI, which manages assets worth £22 billion, sent a letter to its portfolio companies. The fund warns it will stop financing businesses that fail to disclose their carbon emissions and that do not have a credible plan for their reduction.

The attitude towards decarbonisation of the economy is changing among the industrial and commercial businesses, which increasingly often look for ways to increase the sustainability of their operational processes.

The Climate Group, an international network of businesses and governments committed to tackling climate change, runs RE100, a voluntary scheme for businesses committed to achieving 100% renewable electricity targets. Based on the recently published annual review for 2019, the RE100 campaign has passed the 200-member milestone. The average target date for 100% renewables among the RE100 signatories now stands at 2028, with 30% of them already using renewables to meet more than 75% of their annual energy consumption.

Unfortunately, the optimistic statistics are often overshadowed by the worrying evidence of businesses not acting quickly enough on the climate emergency. In September, the Guardian reported that 80% of the world’s largest companies are unlikely to meet the 2050 targets set out in the Paris Agreement. The study of almost 3,000 publicly listed companies, conducted by Arabesque S-Ray, found that only 18% of them have disclosed plans that are aligned with goals to limit rising temperatures to 1.5°C levels by the middle of the twenty-first century.

Other reports, published by the Guardian in 2017, pointed out that just 100 companies are responsible for 71% of the total global emissions and that the fight against climate emergency will be doomed to fail without their involvement. Ultimately, it will be down to large energy consumers if global emissions are to be reduced in time to prevent irreversible damage.

Decarbonisation through education and digitalisation

Despite growing public awareness of the necessity for decarbonisation, for many it remains unclear what actions they could take to support the transition towards a more sustainable economy.

One week before COP25, Ipsos published findings from a survey of 25,000 people from 30 different countries across 5 continents. In the UK, less than 20% of the public questioned knew how they could contribute, both in their professional and personal lives, to the fight against climate change.

“Through our work with large industrial and commercial energy users, we recognise that the complexity of the energy markets makes it hard for many businesses to predict the impact of the transition from fossil fuels towards renewables on their operations.”

By 2025, the UK Government is committed to closing all coal-fired power stations, and National Grid aims to operate a carbon free energy system. Full decarbonisation of the economy starts with eliminating fossil fuels from the energy networks. This can only be achieved when the grid digitalises to the point it can manage greater levels of renewable and decentralised generation, and unlock greater flexibility to balance demand and supply.

“The role of large I&C organisations in the carbon-free economy is to become active and flexible participants in the energy markets. Renewable on-site generation, behind the meter batteries, flexible consumption, energy trading – those are only a few areas that businesses should be looking at to increase their resilience and generate additional value through participation in grid balancing services”, commented Mark Davis.

As the world’s leaders negotiate in Madrid on how to advance implementation of the Paris Agreement, and financial institutions review their portfolios to encourage sustainability and carbon reduction, large energy users may be the deciding factor on how soon we can become carbon-neutral and prevent irreversible damage to our planet.