Smoke from US wildfires to ‘reach Europe this weekend’

Fires in California and Oregon have already emitted ‘far more carbon’ in 2020 than in any other year since 2003, according to a new report 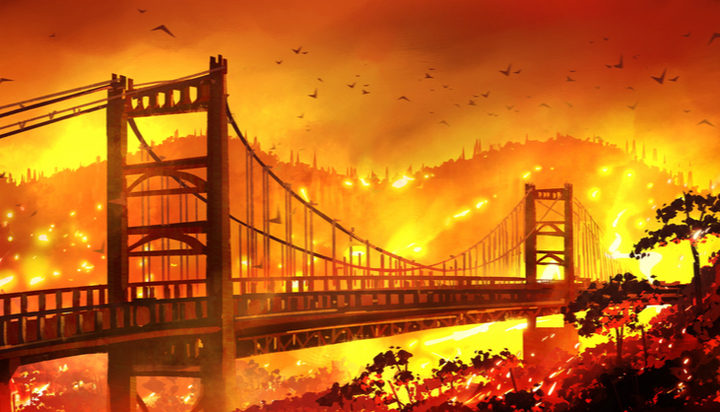 Smoke from the severe wildfires in the US is set to reach Europe this weekend.

That’s according to a new report by the EU climate monitoring service Copernicus Atmosphere Monitoring Service (CAMS), which suggests fires in California and Oregon have already emitted ‘far more carbon’ in 2020 than in any other year since CAMS records begin in 2003.

Findings also reveal fire activity this year has been tens to hundreds of times more intense than the average recorded the last 16 years in the US.

Data from satellite also shows an ‘enormous’ area has already been affected by heavy smoke released by the fires.

CAMS Senior Scientist Mark Parrington, said: “A good indicator of smoke thickness is aerosol optical depth (AOD). Over the Western US, AOD levels have been observed to reach values of seven or above. To put this into perspective, an AOD measurement of one already implies very hazy conditions and potentially poor air quality.

“The fact that these fires are emitting so much pollution into the atmosphere that we can still see thick smoke over 8,000 kilometres away reflects just how devastating they have been in their magnitude and duration.”