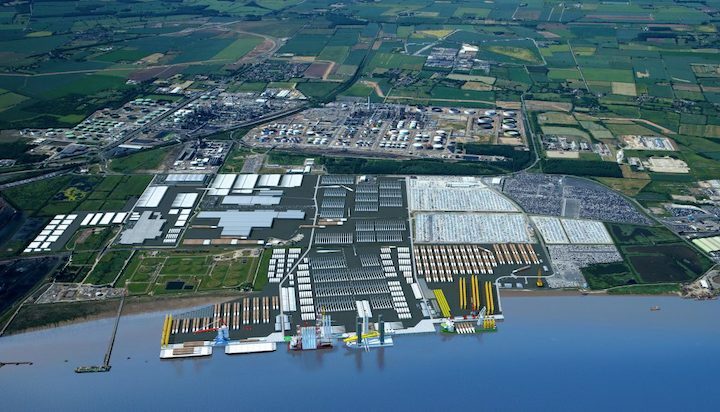 The government has announced an investment worth up to £95 million to support the construction of new ports for the offshore wind industry.

Able Marine Energy Park, located on the south bank of the River Humber, will receive up to £75 million of investment, while Teesworks Offshore Manufacturing Centre on the River Tees will benefit from up to £20 million.

The two ports will have the capacity to house up to seven manufacturers to support the development of next-generation offshore wind projects, boosting the UK’s offshore manufacturing base and creating around 3,000 new jobs each.

They will have the capacity to develop up to 9GW of offshore wind energy projects every year – enough to power around eight million homes.

Construction is expected to start later this year to upgrade the two ports with new infrastructure.

The announcement supports Prime Minister Boris Johnson’s 10 Point Plan for a green industrial revolution and will help meet his target to quadruple the UK’s offshore wind capacity to produce 40GW of energy from offshore wind by 2030 – enough to power every home in the country.

Mr Johnson said: “During the Industrial Revolution, over 200 years ago, wind powered the sails of ships from the Humber and Teesside trading goods around the world.

“Now the Humber and Teesside will put the wind in the sails of our new green industrial revolution, building the next generation of offshore wind turbines whilst creating 6,000 new green jobs in the process.

“Our multi-million pound investment in these historic coastal communities is a major step towards producing the clean, cheap energy we need to power our homes and economy without damaging the environment.”

GE Renewable energy also plans to build an offshore wind blade manufacturing facility at Teesside, with the blades supplied to the Dogger Bank wind farm when it opens and starts production in 2023.