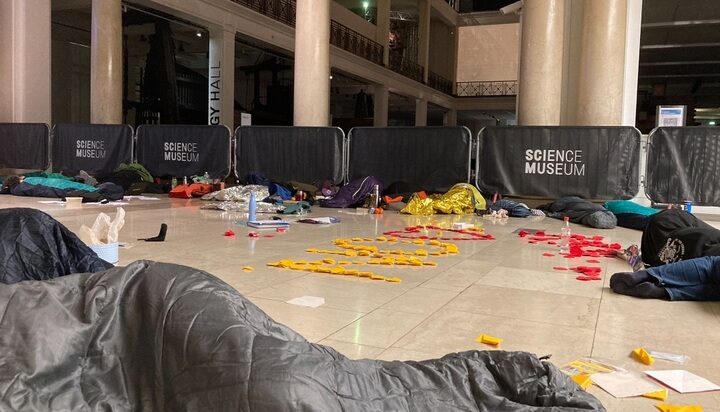 Young environmentalists occupied the Science Museum in London overnight in protest over its sponsorship deals with fossil fuel companies.

The UK Student Climate Network (UKSCN) said: “The Science Museum is occupied! We intend to stay overnight in protest against the Museum’s sponsorship deals with fossil fuel companies.

“A vigil is being held outside to commemorate the victims of these sponsors: Shell, bp, Equinor and Adani.”

The Metropolitan Police said no arrests have been made while officers were in attendance.

A spokesperson for the Science Museum told ELN: “While dealing professionally and calmly with a small group of protesters, our team’s focus remains on the tens of thousands of people heading for an inspiring half term day out at the Science Museum, where visitors can explore two exhibitions addressing aspects of climate change, the most urgent challenge facing humanity.”