Friends of the Earth attempting to block $1.15m financing for the project 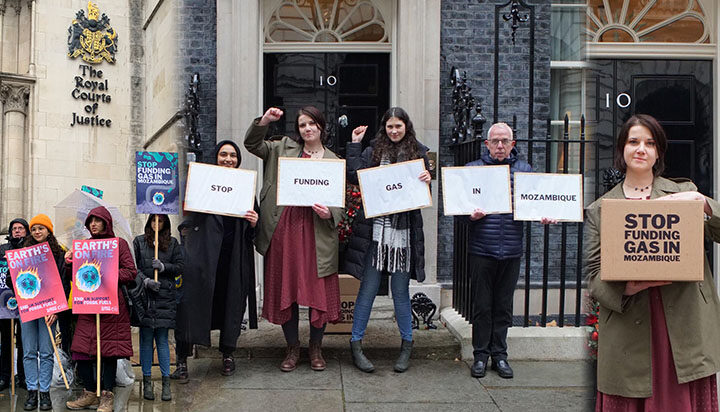 Environmental campaign group Friends of the Earth has taken legal action against the government.

Activists aim to block $1.15 (£870m) of financing for a liquefied natural gas (LNG) project in Mozambique.

The case, brought to Judicial Review by the group will examine the government’s decision to grant funding for the project through its export credit agency, UK Export Finance (UKEF), as approved by the Treasury.

A recent report by Friends of the Earth estimated that the project could emit up to 4.5 billion tonnes of greenhouse gases over its lifetime.

That is more than the combined annual emissions of all 27 EU countries, according to the authors of the report.

Rachel Kennerley, International Climate Campaigner at Friends of the Earth, said: “It’s only right the door’s blown wide open on this dirty investment. The UK needs to recognise its historic contribution to the crisis we’re now in by helping countries on the frontline, like Mozambique, make that all-important transition to renewable energy for all.

“By ending its support for all fossil fuels, including gas, the government can be known for something other than climate hypocrisy.”

A government spokesperson told ELN: “We remain confident that UKEF follows robust and internationally recognised due diligence before providing any support for overseas projects.”

ELN approached TotalEnergies for a response.

A spokesperson said: “TotalEnergies EP Mozambique Area 1 Limitada – in its capacity of operator of Mozambique LNG Project – and Moz LNG1 Financing Company Limited are named as interested parties to a judicial review initiated by Friends of the Earth UK in September 2020 before the High Court of Justice.

“The claimant seeks to challenge the UK Government’s decision of July 2020 to provide export finance, by way of guarantees and loans up to $1.15 billion (£870m), to the project to enable the development of facilities in Cabo Delgado region of Mozambique that permit the exploitation of reserves of natural gas discovered in 2010.

“TotalEnergies EP Mozambique Area 1 Limitada and Moz LNG1 Financing Company Limited are supporting the UK Government’s decision to finance this project and are not in the position to comment on a pending judicial case where they are not the Defendant.

“They recall however the strong support of the Mozambican government to this project, which is a fundamental part of the country energy plan.”