The British public see future homes powered by sweat, sewage and more renewable energy. That’s according to a poll, which asked more than 2,800 Brits for their predictions on future […] 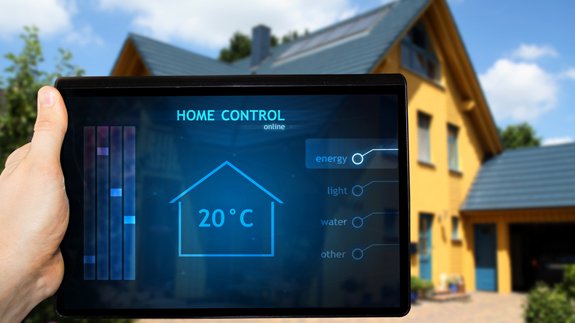 That’s according to a poll, which asked more than 2,800 Brits for their predictions on future sources of energy in homes.

The majority (91%) of them believe there will be changes in the way homes are powered while 84% of them said houses will be energised by “more sustainable sources”.

A further 9% predict homes will not be powered by any mains gas or electricity at all in the future.

Around 22% of them believe domestic wind turbines will be installed in every garden and 39% believe all rooftops will have solar panels.

External guttering will feature water turbines to generate power from rain, said 43% of the people that were surveyed while 51% added water energy will be harvested in the drains.

Around 55% predict appliances will be powered by exercise devices and 14% said their homes will have electro-kinetic floorboards to generate energy for the rooms.

Certain gadgets such as kettles and washing machines would be banned in the future as they require a lot of energy, added 8% of the respondents,.

Ben Wilson, an energy expert at Gocompare.com said: “It’s been fascinating to see what energy innovations people think we could see in our homes in the future. It’s no wonder that we are starting to see more people considering the sustainability of our power sources. What’s particularly interesting is that some of these predictions aren’t necessarily that far-fetched.”