New equipment will give the Agency access to more than 150,000 metres of hose stored by the latter organisation across the UK 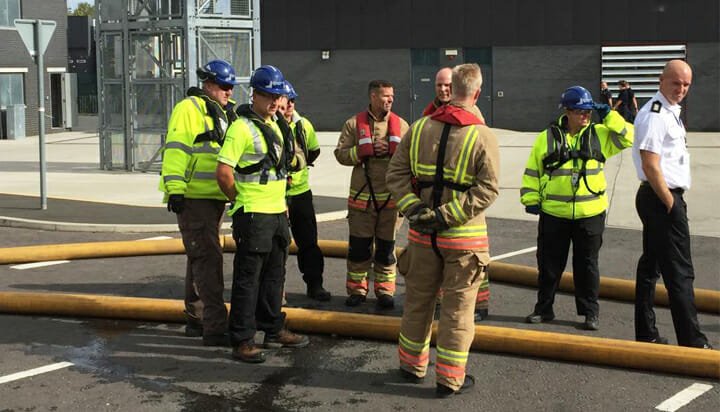 The Environment Agency and the Fire & Rescue Service have teamed up and are rolling out new equipment for use during emergencies such as flooding.

They have developed a “hose coupling adaptor”, which will give the Environment Agency access to more than 150,000 metres of hose stored by the latter organisation at locations across the UK.

The pumps can move as much as 7,000 litres of water per minute and pump over a distance of three kilometres, enabling the Agency to get them to communities that need them most, more quickly during a flood.

It has already been used in tackling the large protracted wildfire on Saddleworth Moor, Greater Manchester during the hot, dry summer and is now being rolled out nationally in preparations for winter flooding.

Caroline Douglass, Director of Incident Management & Resilience at the Environment Agency said: “As an emergency responder, the Environment Agency attends many incidents alongside the Fire & Rescue Service and this innovation is another great example of us working together to provide greater safety for communities across the country.

“With winter around the corner, we have 6,500 staff trained to respond to flooding and this new kit will form an important part of our preparation.”