As the year draws to a close, ELN spoke to some of the industry’s leading voices, to see just what they thought of 2010. Alan Aldridge – ESTA Highlight of […] 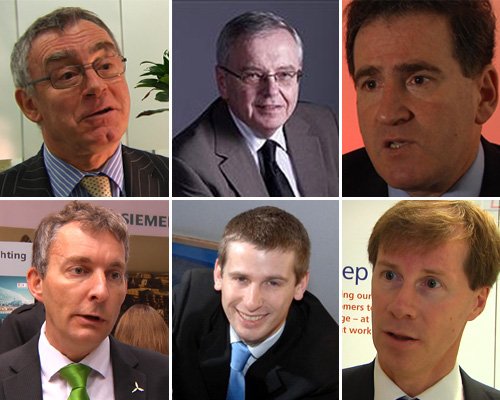 As the year draws to a close, ELN spoke to some of the industry’s leading voices, to see just what they thought of 2010.

Highlight of 2010: The A & T Conference- It was a springboard to get involved with smart metering.

Low point of 2010: The change of the CRC as it became a tax rather than an incentive.

Reaction to the general election: I’m happy with many of the Coalition’s policy, the green deal is good but there will be too many demands on supply.

Reaction to Energy Market Reform consultation: It may not be great for the end user.

Hopes for 2011: hope the awareness of users will increase- eg. Lighting controls- use them! Big businesses have to affect things through management tools.

Highlight of 2010: The acquisition of Encore Ltd and our scaled up energy procurement

Low of 2010: The unnecessary delays around developing energy policy, although recently there’s been a real flurry.

Reaction to the general election: It was a shame Ed Miliband was replaced as Energy Secretary as he had a good grip of the brief.

Reaction to EMR: It’s only the initial stage but we’re happy so far- M&C were calling for more assistance for nuclear.

Reaction to CRC: It’s not an incentive, but now it’s a revenue generator, but it’s the best scheme out there.

Energy Hero 2010: We won’t know for a decade, but our energy hero could be Chris Huhne if his Electricity Market Review ends up delivering the holy grail of energy security, sustainability and affordability. For now though, the position is vacant…

Energy Villain 2010:I wouldn’t call them ‘villains’ as such, however the public is becoming steadily more angry with the ‘Big 6’ domestic energy suppliers for their price increases before winter (as usual), meanwhile their control of the market and vertically integrated profits continue to impress shareholders.

Hopes for 2011: We hope the Government and the regulator look hard at the state of competition.

Highlight of 2010: AEP’s illuminating seminar on energy policy and prospects for investment.

Reaction to the general election: Still amazed at some of the ground-breaking moves of the Coalition.

Reaction to EMR: We have had the Pool, NETA and BETTA. What shall we call the new thing?

Energy Hero 2010: The chap that got my heat pump working properly.

Energy Villain 2010: The chap that supplied and installed my heat pump.

Hopes for 2011: That I manage to steer the AEP’s ‘Electricity Market Strategy Group’ to a robust and coherent response to the EMR proposals.

Highlight of 2010: The realisation both in the UK and internationally that the world is awash with energy and that there is no crisis!

Low of 2010: The failure of the UK Government who is marching in the wrong direction.

Reaction to the general election: They continue in the same vein as the last one unfortunately.

Reaction to EMR: Economically and politically its not viable- the public will decide…

Energy Hero 2010: All the small, unknown energy players in the US, taking risks going for new technologies and striking gold.

Energy Villain 2010: There are no villains, just idiots unfortunately!

Hopes for 2011: A complete review of the green energy agenda and the realisation of Britain’s unilateral and climate targets are no longer viable.

Highlight of 2010: The progress towards nuclear new build, culminating with the launch of consultations for market reform and carbon pricesupport.

Low of 2010: Losing 6 TW hrs at Sizewell B, but today we’re back on, generating low carbon power thanks to the teamwork and expertise of our engineers.

Reaction to the general election: They’re getting on with their clear commitment to a low carbon economy and they’re consistent.

Reaction to EMR: There’s a broad consensus that reform is needed and it’s to the benefit of consumers.

Reaction to CRC: Building commitment to energy efficiency matters. Worried that changes may weaken this commitment

Energy Villain 2010: The energy wasters – they’re very easy to spot because they’re the ones without any snow on their roofs.

Highlight of 2010: Seeing our three offshore substations and making a relaity of the offshore grid.

Low of 2010: The continued pause in the offshore wind industry; it puts investment plans in the supply chain on hold.

Reaction to the general election: Renewable energy and offshore wind are well supported by the new government, as it was the government before.

Reaction to EMR: It’s a lot to digest. It deals with the right issues but the devil is in the detail. Uncertainty is having a delaying effect in the short term which hinders all our efforts.

Reaction to CRC: It’s the reason we’re doing everything and it’s necessary. Countries who take the lead will doubly benefit- from the environment and the green jobs it’ll provide.

Energy Hero 2010: Peter Madigan of Renewable UK. His ability to heard cats has brought unanimity to change policies for the benefit to the industry.

Energy Villain 2010: Most people’s hearts are in the right place, but I suppose the villains are those people who write to the papers moaning about wind turbines!

Hopes for 2011:We’re looking for changes in the market that stimulate the projects that allow us to build the industry in the UK.