Sellafield nuclear plant has been accused of potentially breaking environmental agreeement made by a local pressure group. According to the report from CORE, the UK could double its radioactive waste […] 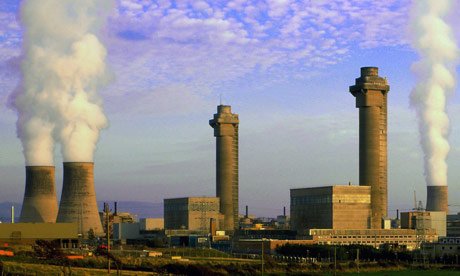 Sellafield nuclear plant has been accused of potentially breaking environmental agreeement made by a local pressure group. According to the report from CORE, the UK could double its radioactive waste emission into the Irish Sea, from current levels of 120 gigabecquerels a year to more than 250.

The Oslo-Paris convention from 1998 states that the UK will aim to bring radiation levels down “close to zero” by 2020. The campaign group ‘Cumbrians Opposed to a Radioactive Environment’ are worried that instead, the nuclear plant is cutting corners to save money.

In order to deal with waste, rather than storing the fuel safely, the Nuclear Decommissioning Authority plans to reprocess 4700 tonnes of spent fuel from the UK’s magnox reactors in the next 6 years, requiring a rate more than double that achieved over the last 5 years. The emissions levels fall within that which is acceptable by the NDA. CORE, however, think those set are too generous.

Martin Forwood, a spokesperson from CORE said: “Radioactivity in the environment will be more than it should be- the limit set by the government is a spurious argument.”

Mr Forwood told ELN that reprocessing brings in more revenue than storing would and that they were falling behind the times: “They are avoiding mature technology to save costs.”

Bill Hamilton, a spokesperson from the NDA said: “NDA categorically deny that there will be “a substantial increase” in radioactive discharges into the sea over the coming decade.”

In response to whether Sellafield would be breaking the OSPAR conventions he added: “We have always been committed to full compliance with the OSPAR convention and remain so. Sellafield discharges are well within authorisations and doses from discharges are very much below the legal limit. Increases in productivity will not, and cannot, be to the detriment of the environment. As such it is incorrect to suggest that the NDA will in any way prejudice our commitments to OSPAR.”

The CORE report highlighted the UK’s ageing nuclear infrastructure and said this was a reason why places like Sellafield will struggle to keep to 2020 reprocessing targets.

Mr Forwood criticised the government’s intentions as lacklustre: “The political will and courage needed to honour UK’s international commitments is conspicuous by its absence. Officialdom is sleepwalking towards a situation which, unless avoiding action is taken now, will see commitments broken and the UK once again earning the Dirty Old Man of Europe tag”.