The first company to explore shale gas assets in the UK has spoken out in an attempt to dispel fears about the controversial ‘fracking’ process. The UK government’s recent decision […] 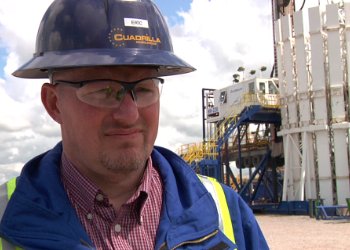 The first company to explore shale gas assets in the UK has spoken out in an attempt to dispel fears about the controversial ‘fracking’ process.

The UK government’s recent decision to follow the USA’s example and consider shale as a new fuel alternative has brought a lot of attention upon the hydraulic fracturing, or fracking, process used to extract gas that is trapped in shale rock.

Recently fears have been stoked that fracking could contaminate water supplies by leaking gas or fracking fluid into the aquifer, an underground layer of rock or sand that holds groundwater.

Eric Vaughan, Chief Operations Officer at Cuadrilla Resources, the UK shale gas company, claims that these worries are unfounded. He told ELN: “Most people are concerned that fracturing is going to contaminate the groundwater aquifer.That’s never actually happened anywhere.

“There have been several studies, even the EPA (Environmental Protection Agency) in the US has stated there has been no case of groundwater contamination from frack fluid.”

Gas leaks are easily preventable, he said: “There have been cases in different places where somebody’s got natural gas in the aquifer and that all has to do with well design and well construction. It doesn’t have anything to do with hydraulic fracturing.”

Mr Vaughan added that the process is not as controversial as it has been represented, because it is widely used in the fuel industry: “It’s the same for any type of oil and gas well or geothermal well, and even some water wells.”

The Energy Select Committee recently rejected a moratorium on shale gas in the UKon the grounds that, as Committee Chair Tim Yeo said,”there appears to be nothing inherently dangerous about the process of fracking.”