Yoko Ono and her son Sean Lennon have founded a campaign group for artists and musicians opposed to fracking for shale gas. Artists Against Fracking has attracted more than 180 […] 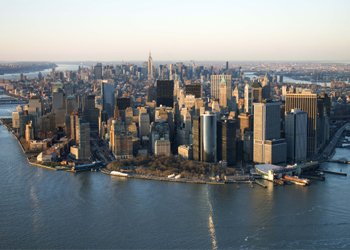 Yoko Ono and her son Sean Lennon have founded a campaign group for artists and musicians opposed to fracking for shale gas.

The group says it will use “peaceful democratic action” to stop fracking for natural gas and oil. The founders say they were prompted to act after New York Governor Andrew Cuomo said fracking might soon begin in New York. They are concerned the process could contaminate drinking water.

Hydraulic fracturing pushes gas and oil out of rocks deep underground by pumping millions of gallons of water, sand and a small amount of chemicals at high pressure to break open the rocks, freeing trapped methane.

The United States has recently seen a boom in shale gas using this method, with many firms rushing to benefit from the glut in gas reserves.

Picking up the environmental mantle of his father John Lennon, the musician’s son wrote an article criticising claims that shale gas is “clean energy”.

Writing in the New York Times, Sean Lennon said: “When the gas comes from fracturing bedrock with about five million gallons of toxic water per well, the word “clean” takes on a disturbingly Orwellian tone. Don’t be fooled. Fracking for shale gas is in truth dirty energy. It inevitably leaks toxic chemicals into the air and water.”

Developers of shale gas say the process is not a risk to groundwater aquifers with the right safeguards in place.