An academic has questioned whether Ofgem’s plan for fewer tariffs will mean cheaper energy bills – and warned they could actually have the opposite effect. The energy watchdog unveiled plans […] 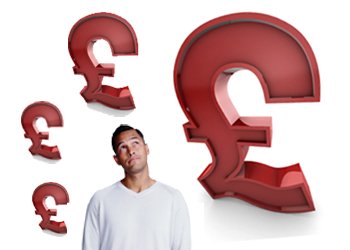 An academic has questioned whether Ofgem’s plan for fewer tariffs will mean cheaper energy bills – and warned they could actually have the opposite effect.

The energy watchdog unveiled plans for its market shake-up on Friday, which will force suppliers to only offer a maximum of four tariffs each and make their bills simpler.

Dr Monica Giulietti, who is part of Warwick Business School’s Global Energy department said: “Many economists would agree that reducing the range of tariffs to only ‘the lowest tariffs’ would not necessarily provide benefits to all customers and will reduce the extent of competition.”

Ofgem’s reforms are widely expected to make prices better for consumers – but the academic fears this won’t be the case.

She said: “Focusing on the retail tariffs will not address the problem. If there are fewer tariffs, it makes it easier for companies to check what everybody else is doing, so it will bring pricing closer together. And making the pricing transparent will make it easier for them to collude.

“Only having a few tariffs would mean the energy companies will stick together and it would give them an opportunity for them to collude. In fact it is likely to lead to higher tariffs, because there are only six companies who dominate the wholesale market,” added Dr Giulietti.

She pointed to the example of the Danish cement sector: “For example in the cement industry in Denmark the Danish Government tried to increase market transparency by publishing the factory prices but it only made it easier for the cement firms to monitor their competitors and that led to an increase in prices.”

Ofgem should focus on other areas of the electricity market for improvements, Dr Giulietti added: “It is difficult for true independent suppliers to access the wholesale market to challenge the ‘big six’; Ofgem should be concentrating on that. They have policies to promote liquidity in the wholesale market but there is no evidence that they have worked yet.”