The UK cut the biggest greenhouse gas emissions than any other European country last year. That’s according to the European Environmental Agency (EEA), whose report shows a 6% or 36 […] 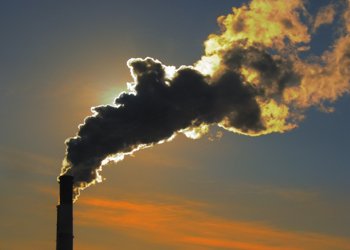 The UK cut the biggest greenhouse gas emissions than any other European country last year.

The EEA said some of the reduction could be due an increase in renewable energy generation and a warm winter in most countries as the demand for fossil fuels for heating was lower than in previous years.

The EU has aimed to cut greenhouse gases by 20% between 1990 and 2020 under the Kyoto Protocol, which is an agreement between countries to work towards reducing emissions that cause climate change. The EEA claims the EU is on track to meeting the target as its latest figures show emissions have fallen by 16.5%.

Jacqueline McGlade, EEA’s Executive Director said: “The European Union as a whole will over-deliver on its Kyoto target. In two months’ time we will be at the end of the first commitment period under the Kyoto Protocol. Considerable progress has been made since 1997 but all Member States need to deliver on their plans. For those EU Member States who have not achieved their target through domestic emission reductions, the Kyoto Protocol’s flexible mechanisms remain available until 2015.”

The report also showed nine EU Member States increased emissions last year. Bulgaria topped the list with a 11% rise, followed by Lithuania (3%) and Romania (2%). Spain and Italy are also lagging behind and are in danger of missing their Kyoto targets.