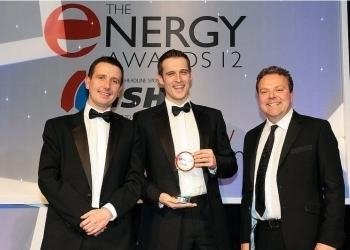 Over 500 of the energy industry’s key players were there to see M&C pick up the awards for Excellence in Carbon Reduction and Excellence in Water Management. M&C was shortlisted for four entries, a total unprecedented in the history of these awards.

M&C Chief Executive, Mark Dickinson, said: “We are delighted to be a double award winner in an awards scheme so highly regarded throughout the energy industry.

“We are particularly proud of the categories. It clearly shows that energy management isn’t just about gas and electricity procurement, it is about showing clients how to be smarter about how we use all commodities and making them efficient and cost effective.”

For Morrisons, and their subsidiary Woodhead Brothers, M&C engineers were able to make annual savings of £157,062 and reduce their CO2 output by 916 tonnes by implementing performance improving measures to their refrigeration and steam distribution systems.

The award judges commented: “Once again good evidence and a choice of two specific areas – refrigeration and steam generation – which can be replicated in any organisations using these technologies.”

In the case of First Great Western the M&C water engineers were able to put in place energy efficiency measure resulting in savings of £184,000 over the last 18 months alone; equating to 69,000m³ of water and wastewater, or 72 tonnes of CO2.

The judges commented: “From the desktop review to the site visits, this entry produced a replicable project not only throughout the railway industry in the UK, but across very many other sites. Going “back to basics” proves that a positive outcome is certainly achievable.”

Speaking for the awards organisers, Tim McManan-Smith, said: “The Energy Awards 2012 are where the energy industry recognises its undoubted achievements and provides inspiration to what can be obtained if we intelligently manage energy use.

“They are one small step towards communicating the truly great things that are going on the energy industry that can ultimately aid consumers in running their businesses.”