Investment in clean energy projects dropped 11% last year but that was still the second highest ever figure with total global investment of $268.7 billion (£167.3bn). New research from Bloomberg […] 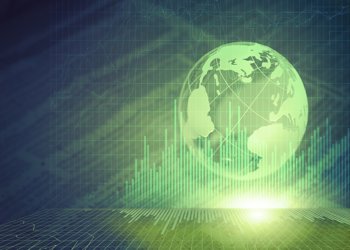 Investment in clean energy projects dropped 11% last year but that was still the second highest ever figure with total global investment of $268.7 billion (£167.3bn).

The figures also show South Africa was one of the strong performers, with investment worth $5.5 billion (£3.4bn) from just a few tens of millions in 2011. The emphasis on renewable energy following the Fukushima nuclear disaster and the start of a new subsidy programme helped Japan’s investment soar 75% last year to $16.3 billion (£10.1bn).

Michael Liebreich, Chief Executive of Bloomberg New Energy Finance said: “We warned at the start of last year that investment in 2012 was likely to fall below 2011 levels but rumours of the death of clean energy investment have been greatly exaggerated. Indeed, the most striking aspect of these figures is that the decline was not bigger – given the fierce headwinds the clean energy sector faced in 2012 as a result of policy uncertainty, the ongoing European fiscal crisis and continuing sharp falls in technology costs. Solar PV module prices, for instance, fell another 24% over the course of last year.”

Most of the new investment made this year was to finance utility-scale renewable energy projects such as wind farms, solar parts and biofuels plants, which totaled $148.6 billion (£92.5bn), down from $180 billion (£112bn) in 2011. Next biggest was small-scale project investment, mainly rooftop solar at $80.2 billion (£50bn) and corporate and Government research and development totaled $30.2 billion (£18.8bn) in 2012.

Solar was the dominant sector in overall clean energy investment, followed by wind, energy-smart technologies and biomass. The only sector that showed growth last year was small hydro projects less than 50MW, with a 17% rise in investment to $7.6 billion (£4.7bn).