Customers are “questioning the very intentions and motives” of energy firms, according to a new report which offers energy suppliers some sorely needed tips on how to win their customers’ […] 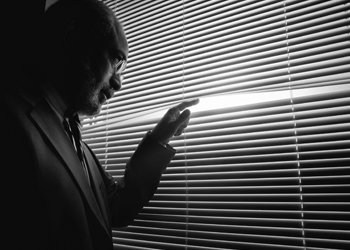 Customers are “questioning the very intentions and motives” of energy firms, according to a new report which offers energy suppliers some sorely needed tips on how to win their customers’ trust.

Analysts at Ernst & Young have spelled out what retailers must do to get people to believe they have their best interests at heart.

The report, called “In Utilities we trust?” asks why suppliers are doing so badly in the ratings. Some of the many reasons for getting a bad name include “complex and confusing” processes when moving home, long waiting times when trying to contact their supplier and “poorly devised” online services. While bad press around “record profits” on top of allegations about wholesale price fixing have added to mistrust.

“Energy providers score poorly in consumer trust surveys, falling behind industries with a historically bad image like fast food chains”, states the report, referring to a Which? survey from November 2012.

The report goes on: “Over the last decade there has been a steady decline in the public’s trust in the energy market with suppliers being perceived as big profit making machines that will always prioritise profit and shareholder return over the quality of services that they provide”.

It seems simple enough but the experts say the answer is to build a “track record” for being predictable – whether it’s answering questions or resolving complaints quickly, sending out correct bills and making dealing with suppliers simple.

Not communicating is also a big mistake, according to the tips, with honesty the only “antidote” to distrust, even if that means explaining that the delay in answering the calls are down to illness in a call centre – which will be “better” than people assuming the supplier can’t be bothered to take a call.

In a digital age, suppliers should give customers open access to information about their energy use, their bills and prices online, adds the report.