American actress Daryl Hannah has caught headlines again with more eco-warrior antics after she was arrested at a protest against the Keystone XL pipeline outside the White House yesterday. The […] 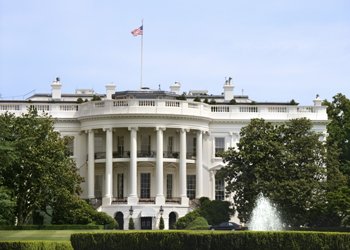 American actress Daryl Hannah has caught headlines again with more eco-warrior antics after she was arrested at a protest against the Keystone XL pipeline outside the White House yesterday.

The day after President Barack Obama announced he was making climate change a key issue in his State of the Union address, nearly 50 environmental and civil rights leaders were arrested.

The Splash star and others refused to budge from the main thoroughfare outside the White House when asked by police. Also taken into custody was one of NASA’s chief scientists James E Hansen, the former president of civil rights group NAACP, Julian Bond and founder of community campaign website 350.org, Bill McKibben.

The XL pipeline has been an enormous political headache for the US President.  Supporters of the pipeline say it will give the USA energy independence. However campaigners claim that if it is approved, it will boost carbon pollution by triggering a boom of growth in the tar sands industry in Canada and greatly increase greenhouse gas emissions.

Mr McKibben said: “We really shouldn’t have to be put in handcuffs to stop KXL – our nation’s leading climate scientists have told us it’s dangerous folly and all the recent Nobel Peace laureates have urged us to set a different kind of example for the world, so the choice should be obvious. But given the amount of money on the other side, we’ve had to spend our bodies and we’ll probably have to spend them again.”