Ukraine is getting a loan worth €600 million (£519m) in total to help upgrade nuclear power plants in the country. The European Atomic Energy Community and the European Bank for […] 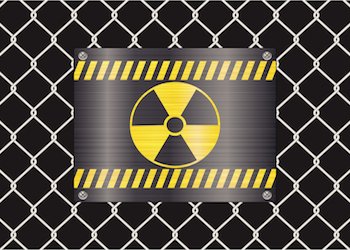 Ukraine is getting a loan worth €600 million (£519m) in total to help upgrade nuclear power plants in the country.

The European Atomic Energy Community and the European Bank for Reconstruction and Development (EBRD) will provide €300 million (£259m) each for the project. It is expected to help bring Ukraine’s fleet of nuclear plants in line with international standards and local regulations.

In a statement, the EBRD said: “It is of the utmost importance that the nuclear units are working to the highest, internationally recognised standards, as nuclear safety is clearly an issue that transcends border.

“Depending on the reactor type the upgrade will include up to 87 safety measures which will address design safety issues, improved instrumentation and control for safety relevant systems and organisational improvements for accident management… The upgrade will improve safety, reduce the probability of severe accidents and thus reduce the risks for workers, the local population and the environment.”

The total upgrade is expected to cost around €1.4 billion (£1.2bn) and is scheduled for completion by 2017.

Ukraine currently has 15 nuclear power units at four plants with a total capacity of 13,835MW and represented 45.5% of total electricity production in 2012. The nation is in the process of reviewing its energy strategy as its dependence on imports of oil and gas is believed to be three times higher than the European average.